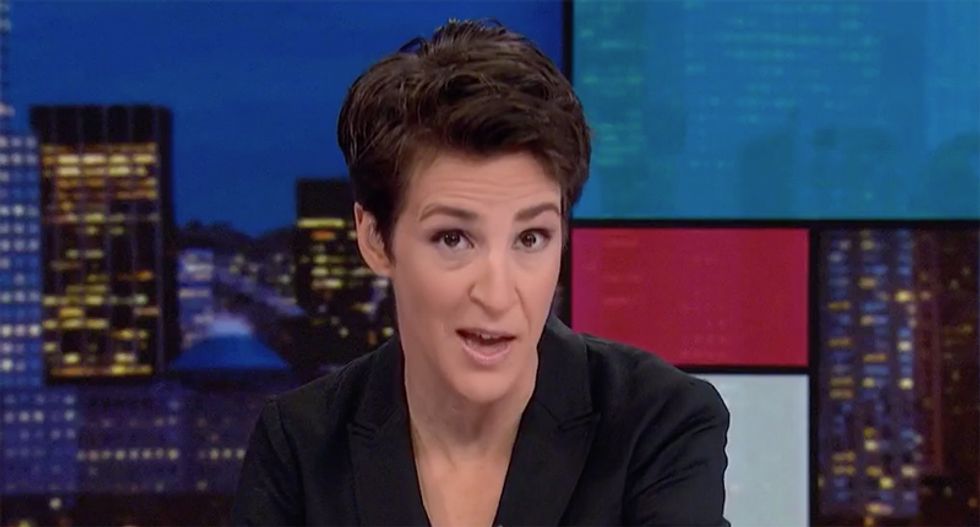 The host of MSNBC's "The Rachel Maddow Show" on Monday provided "a little bit of a weird update" on the indictment against Trump administration official Trey Glenn.

Maddow noted that "despite the fact that he has apparently been under criminal indictment for quite some time now, it appears that this Trump [Environmental Protection Agency] official just resigned his office at the EPA today -- which means he was continuing to run the EPA for the entire southeastern United States while under criminal indictment for more than the last week."

"And then as soon as we learned of that oddly timed resignation today, we also learned about another dramatic development that seems sort of adjacent to that story," she continued. "The Republican Attorney General of Alabama is a man named Steve Marshall. And now -- surprise -- this newly elected attorney general, Republican attorney general in Alabama, he up and fired the top public corruption prosecutor in that state."