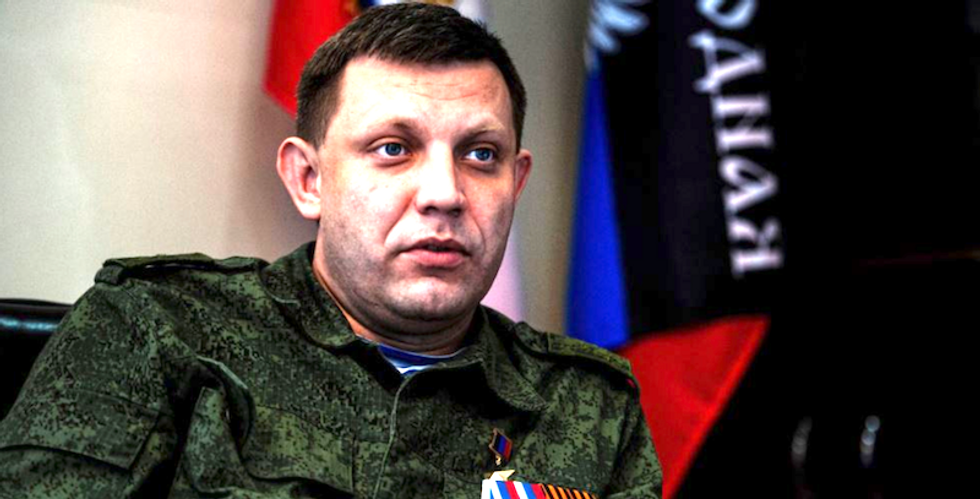 Kremlin-backed separatists in eastern Ukraine on Sunday hold elections after the assassination of a top rebel leader despite Western calls on Moscow not to sabotage peace talks.

Washington and Brussels say the polls in the Donetsk and Lugansk "People's Republics" in Ukraine's industrial east will further hamper efforts to end a conflict that has killed more than 10,000 people since 2014.

EU foreign policy chief Federica Mogherini said on Saturday the bloc considered polls "illegal and illegitimate and will not recognize them."

"These particular elections are a mockery," added the US special envoy to Ukraine, Kurt Volker.

"It is something that we call on Russia to halt and not go forward with," he said this week, adding the vote contradicted Western-brokered peace agreements.

The Kremlin has rejected the appeals, saying the vote has "nothing to do" with the accords.

Moscow says the elections are necessary to fill the power vacuum after the leader of the Donetsk republic Alexander Zakharchenko was killed in a bombing at a Donetsk café in August.

"People simply need to live, get on with their lives and ensure order in the region under a blockade and permanent threats of the use of force by Ukrainian authorities," said Russian foreign ministry spokeswoman Maria Zakharova.

In 2014, Russia annexed Crimea and supported the outbreak of an insurgency in eastern Ukraine in what Kiev sees as punishment for its pivot to the West.

While heavy fighting is over, the simmering conflict regularly claims the lives of soldiers and civilians. But negotiations are deadlocked and Western-backed peace accords agreed in 2015 are largely moribund.

After Zakharchenko's killing Denis Pushilin, a 37-year-old former operator of the notorious Russian Ponzi scheme MMM, has become acting leader of the Donetsk republic and is expected to win polls there.

Leonid Pasechnik, the 48-year-old former regional chief of the Ukrainian security service and acting leader of the neighboring republic of Lugansk, is also expected to sail to victory.

Both have promised to seek tighter ties with Moscow.

Election posters around Donetsk urged people to vote "with Russia in your heart."

But some locals say they have been disheartened, adding their opinions did not matter.

Lydia Bondar, a 76-year-old pensioner, said she was a fan of Zakharchenko and would vote for his successor Pushilin.

Many analysts say the polls are a way for Moscow to strengthen its grip on around three percent of Ukrainian territory where around 3.7 million people live.

Compared to Zakharchenko, Pushilin is considered by many observers to be a more convenient figure for Moscow.

Polling stations open at 0500 GMT and close at 1700 GMT, with the first results expected on Monday.

The last separatist elections were held in 2014 despite protests from the West and Kiev, which did not recognize their results.

Some pro-Kiev residents said they would not vote.

"This is ridiculous," said 34-year-old Tatyana, refusing to give her last name for fear of reprisals.

"The man who was involved in Ponzi schemes has been chosen to be our president. I am not going to vote, I would rather spend the day with my child."

Kiev's Western backers say that in order to help settle the bloodiest European conflict since the Balkans in the 1990s Russia should withdraw troops from eastern Ukraine and agree to a UN peacekeeping mission there.

The Kremlin has denied funneling troops and arms across the border.