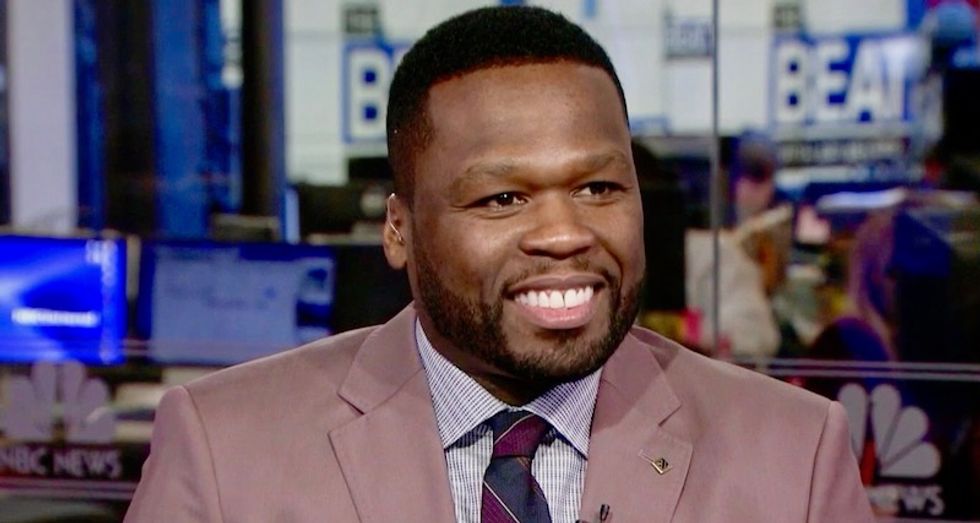 The topsy-turvy Trump era has left many pundits with egg on their face from failed predictions.

But one analyst who's had a pretty good record is the rapper 50 Cent, who, among other things, correctly predicted that President Donald Trump's former lawyer Michael Cohen would flip on him the very day the attorney's office was raided.

At the time, many believed Cohen's claim that he would "take a bullet" for Trump.

"He's gonna snap, he's gonna tell all of it," 50 Cent said that day. "Michael likes Trump but he ain't like him enough to do all that time for him."

On Friday, 50 Cent told Ari Melber that he knew Cohen could not bear the pressure of a federal prosecution.

"I know the federal sentencing guidelines are the same everywhere," he said. "Michael is still a straight-laced guy, still an attorney, and can't bear that kind of pressure."

Melber quoted lyrics in which 50 Cent explained how federal sentencing guidelines work and why it leads to so many plea deals.