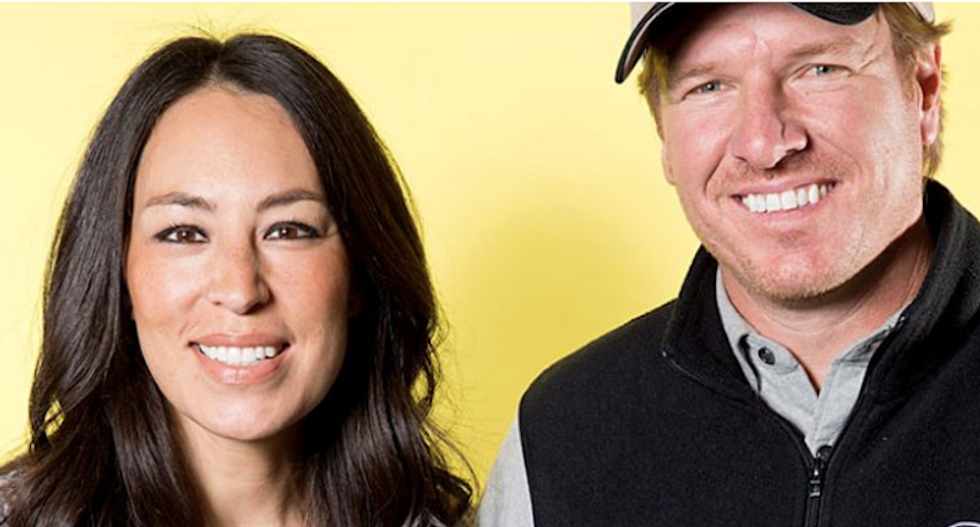 Joanna and Chip Gaines, the couple behind "Fixer Upper," a popular TV home remodeling show, are poised to get their own channel vertical via Discovery. The couple stands to reach up to 60 million viewers, Salon reports.

The Gaines' popular lifestyle brand resonates, Salon notes, in part because they're devoted to making private spaces comfortable and beautiful at a time when so much of public life seems dangerous and chaotic.

The Gaines are devout Christians and they often talk about their faith. But what viewers may not know is that the Church they attend holds anti-LGBT views, including opposition to same-sex marriage and support for gay-to-straight conversion, Buzzfeed first reported in 2016.

After the Buzzfeed story was published, the Gaines put out a statement in support of LGBT people. "We don’t discriminate against members of the LGBT community in any of our shows. HGTV is proud to have a crystal clear, consistent record of including people from all walks of life in its series," they wrote.

But the Gaines don't appear to have publicly broken with the Antioch Community Church. And on their website, the church emphatically notes that marriage is meant to be between a man and a woman. It also directs wives to submit themselves to the "servant leadership" of the husband.

"Marriage is the uniting of one man and one woman in covenant commitment for a lifetime," the website notes under their "belief" section.

"The husband and wife are of equal worth before God, since both are created in God’s image. A husband is to love his wife as Christ loved the church. He has the God-given responsibility to provide for, protect and lead his family. A wife is to submit herself graciously to the servant leadership of her husband, even as the church willingly submits to the headship of Christ," the website continues.

"She, being in the image of God, as is her husband, and thus equal to him, has the God-given responsibility to respect her husband and to serve as his companion in managing the household and nurturing the next generation. Children, from the moment of conception, are a blessing and gift from the Lord. Parents are to demonstrate to their children God’s pattern for marriage."

In another article, Buzzfeed noted that although HGTV insisted that same-sex couples were welcome on Fixer Upper, the show had not featured any LGBT people.