'So resign in 2022?': Internet hilariously mocks Trump fans for chanting 'four more years' at president after he's served only two 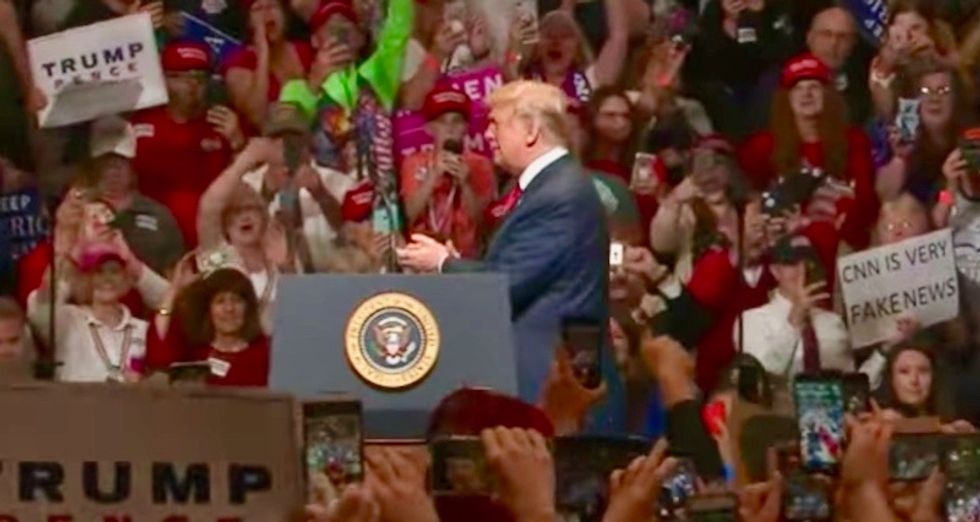 Donald Trump speaks at a previous rally in Indiana/Screenshot

President Donald Trump appeared in Missouri for his final campaign rally of the 2018 Midterm Elections, where supporters seemed a little confused.

Missouri MAGA fans began chanting "four more years" as if the rally was a 2020 election rally. As a fact check, the president has only been in office for just under two years, leaving him two years in his first term and six total if he is somehow reelected.

The internet saw the moment and couldn't help but chuckle at the supporters. In past rallies, like the Sunday rallies, supporters have chanted "six more years." It's unclear why the Missouri fans were confused.

Here is the video and you can see the tweets below::

The crowd at the Trump rally just chanted #FourMoreYears. If the right to vote was contingent on passing an arithme… https://t.co/DUBYpi44k3
— Dor Zigdon Lax (@Dor Zigdon Lax)1541476412.0