Retired Marine colonel: 'Trump has fundamental misunderstanding of the military' 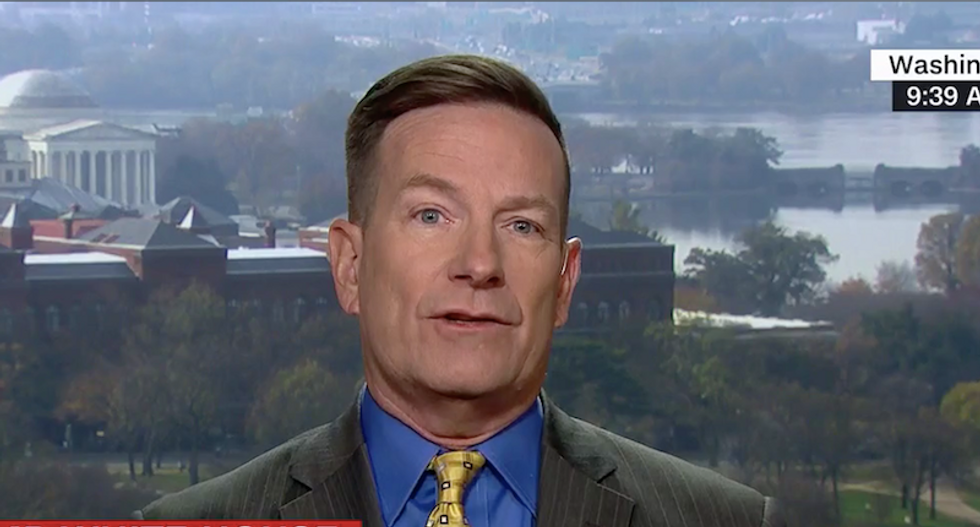 In a wide-ranging interview on Fox News Sunday, President Donald Trump slammed Adm. William H. McRaven, the strategist behind the raid that ended in the death of Osama bin Laden. Trump derided McRaven as a Hillary Clinton supporter and suggested that he should have carried out the raid sooner.

"He's a Hillary Clinton backer and an Obama backer," the President concluded about the respected military professional. "And frankly, wouldn't it have been nice if we'd gotten Osama bin Laden a lot sooner than that?"

McRaven had previously criticized the President for his attacks on the media and for revoking former CIA director John Brennan's security clearance.

Retired Marine Col. David Lapan appeared on CNN Monday morning to set the President straight on how the chain of command works.

"I think the President's comments show a fundamental misunderstanding of not only fundamental operations and the chain of command, but how they operated specifically in the raid to capture and kill Osama bin Laden," he said.

"At the time, Adm. McRaven was the head of Joint Special Operations Command and he and his special operators were tasked with the mission to go into the compound in Pakistan and that order was given by the President. The decision of when to go after bin Laden was made by the President of the United States as the Commander in Chief in consultation with his national security staff. That's very well understood."

"So Admiral McRaven had no real say over when he was going to conduct this operation. He followed orders. And as he's pointed out rightfully, whether the occupant of the White House is a Republican or a Democrat, he'll follow lawful orders that he's given," Lapan concluded.

Asked by CNN host Jim Sciutto if he thinks the President doesn't understand how military institutions operate or if he just doesn't care, Lapan joked that he, like most people, has no idea what's going on in the President's head, but that Trump had recently demonstrated a striking ignorance of military procedure.

Yet Lapan said that as long as the President's actions are lawful, military professionals are compelled to follow his orders.

"They'll still carry out their duties because that's what's expected of them in our system."