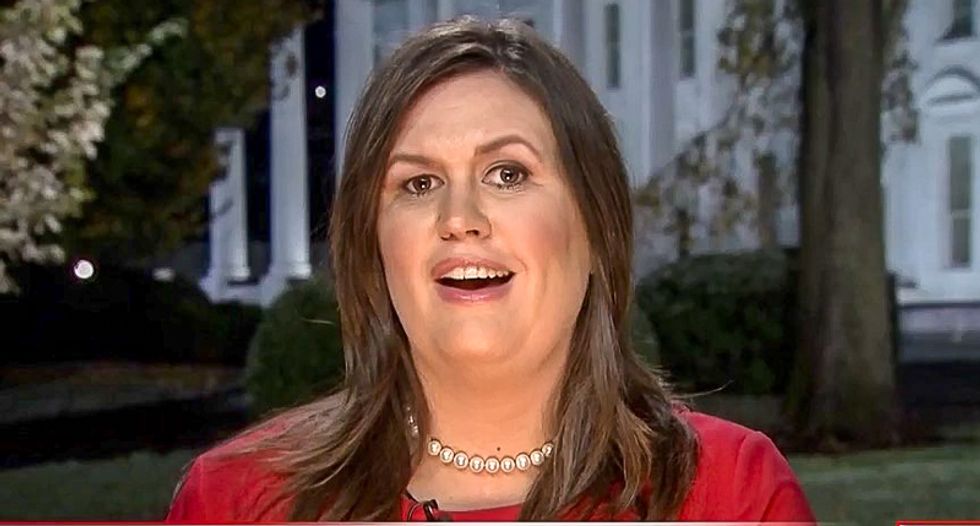 Sanders appeared on NBC after the network projected that Republicans would retain control of the U.S. Senate but lose the House.

"I think [it is] a huge victory for the president tonight," Sanders said, "with the announcement of the Senate looking like it's going to stay with Republicans and pick up a couple seats. The president spent the last week campaigning heavily for Senate candidates and we're seeing that pay off."

NBC host Savannah Guthrie asked Sanders if she had spent time with the president and if he had reacted to the news that Republicans lost control of the House.

"I have and he's happy," Sanders insisted. "We had a great night particularly when it comes to the Senate, and still some solid wins in the House."

"The president is going to fight for exactly what he's laid out regardless of who is in control in the House," she added. "We expect him to follow through and have another successful two years just like he has the previous two years."