Seth Meyers knocks immature Trump: Nothing makes you look more like a baby than saying 'I'm not a baby' 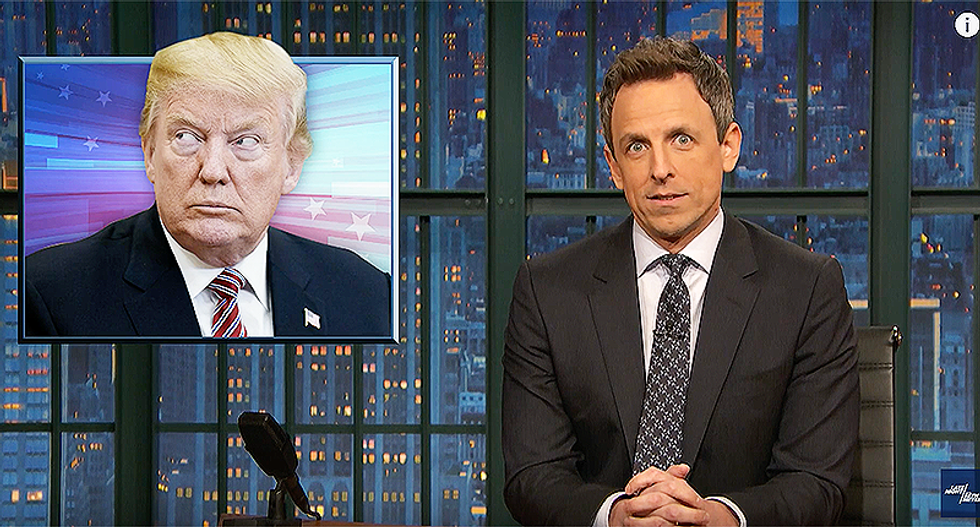 "Why has Trump been obsessed with babies? One thing he is clear about is that he does not like babies," Meyers said.

He then played a serious of videos calling other people babies and even saying "I'm not a baby," during an interview.

"Nothing makes you look more like a baby than saying, 'I'm not a baby,'" Meyers said.