Seth Meyers has the perfect way for Maxine Waters to destroy Trump: Subpoena his IQ tests 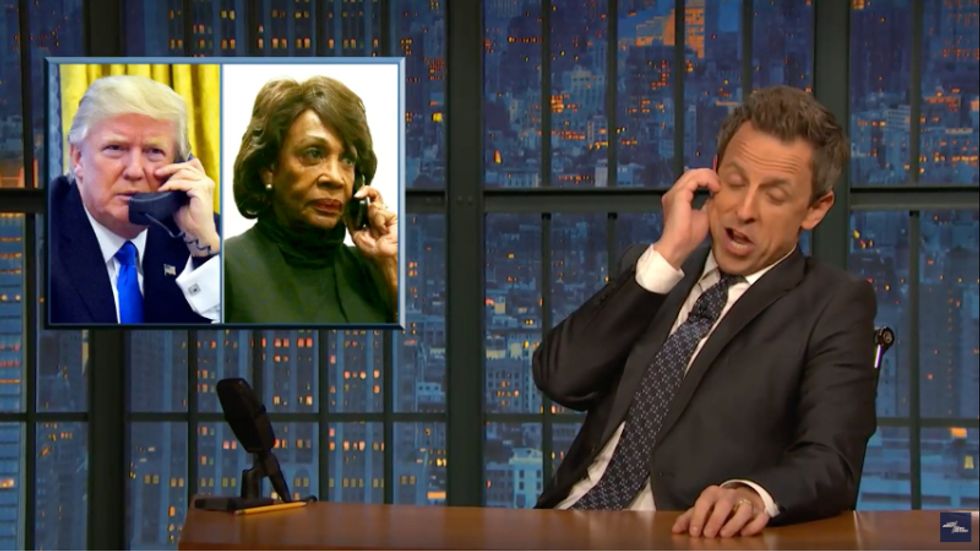 On Thursday, Late Night Host Seth Meyers joked that Rep. Maxine Waters (D-CA) has an edge over President Donald Trump since she won reelection in the midterms.

Meyers said that Trump spent two years making enemies with Democrats. However, now that they control the House they have the power to investigate Trump on multiple scandals.

Trump said that Waters had a low IQ score.

"He spent two years making Maxine Waters his arch enemy, and that decision has come back to bite him," Meyers joked.

Waters is now set to serve as the chair of the Financial Services Committee.