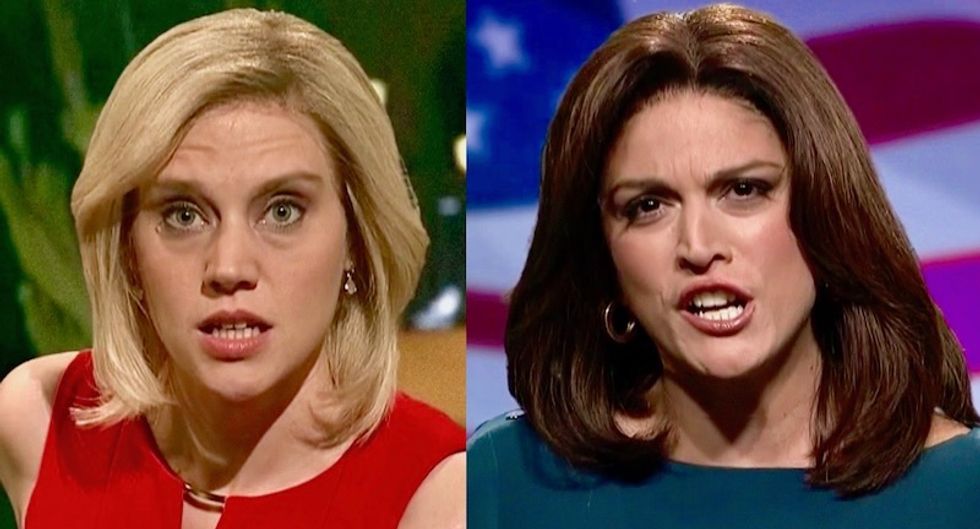 The sketch featured cast members playing Laura Ingraham and Jeanine Pirro as they rolled fake footage of the impoverished asylum-seekers.

Ingraham asked Pirro what she's heard about the caravan.

"I haven't just heard about it, I have seen it with my own eyes," Pirro said, rolling footage of Americans fighting for holiday doorbusters. "It has to be real, I found it at trutheagle.gu."

"Who is in this caravan?" Ingraham asked.

"Everyone you've ever seen in your nightmares, Laura," Pirro said. "It's got Guatemalans, Mexicans, ISIS, the Menendez Brothers, the 1990 Detroit Pistons, Thanos, and several babadooks."

The Ingraham character then mocked Trump's response to the made-up crisis, by sending thousands of American soldiers to the border.

"The goal is to have five soldiers for every one shoeless immigrant child," she said. "Trump is calling it 'Operation Eagle With a Huge Dong'"