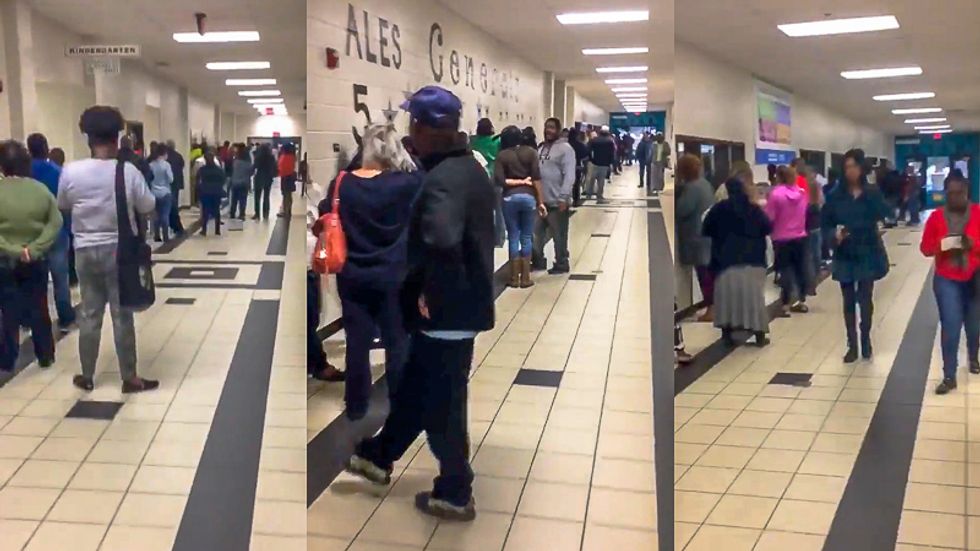 Hundreds of voters were stuck in line at one Georgia precinct on Tuesday after election officials failed to provide power cords for the voting machines.

One man explained the situation as he captured video of what appeared to be mostly African-American voters stuck in a long line.

The Atlanta Journal Constitution confirmed that the Helene S. Mills precinct in Old Fourth Ward had a "power cord issue."

Fulton County spokesperson April Majors later insisted that the problem had been resolved.

"It's up and operating now," Majors remarked. "Patience is key."

Gwinnett County Director of Communications Joe Sorenson also told NBC News that officials had identified a problem with power cords in one precinct.

“The machine was not supplied power and was running on battery & the battery ran out,” Sorenson said.

NBC News has confirmed that the issue at Anderson Livsey Elementary in Snellville, GA was indeed a lack of power co… https://t.co/YmmmtJcgiu
— Ayman Mohyeldin (@Ayman Mohyeldin) 1541524131.0