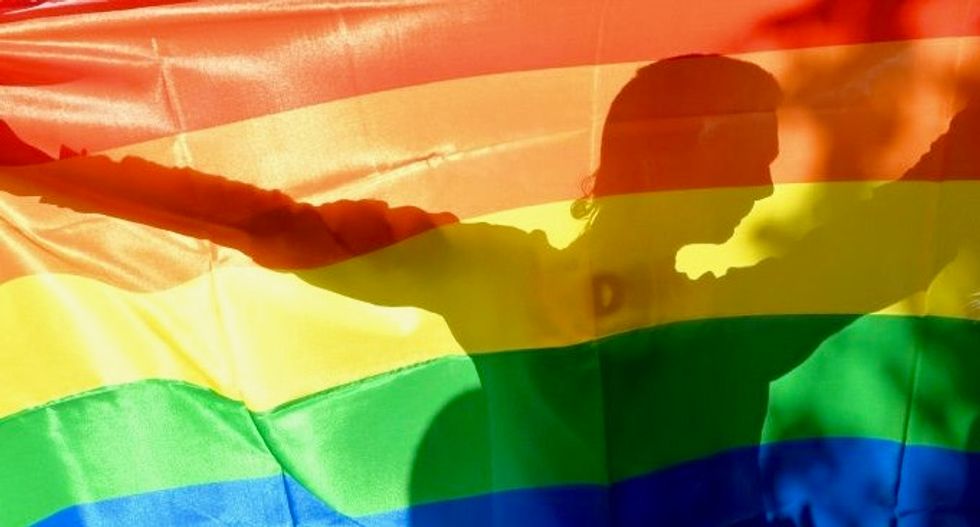 Taiwan voters were set to back a referendum that defines marriage as between a man and a woman, dealing a blow to the self-ruled island’s reputation for liberalism in Asia amid a heated debate over marriage equality.

In Asia’s first such ruling, Taiwan’s constitutional court declared in May 2017 that same-sex couples had the right to legally marry, and set a two-year deadline for legalization.

But the island’s election authority earlier this year approved contradicting referendum petitions from both conservative and rights groups.

While the election authority had not yet announced the final results of Saturday’s referendum, more than six million voters approved a series of initiatives opposing marriage equality, passing a threshold needed for a public vote.

The vote presents a major defeat for rights activists who had campaigned for equal marriage.

“This is a victory for all the people who support family value and the education for the next generation,” the Coalition for the Happiness of Our Next Generation, a group opposed to same-sex marriage, said in a statement.

“The referendum is illegal and against the constitution, and has sharply divided and harmed the society,” the Marriage Equality Coalition Taiwan said in a statement.

“The result showed that most people were misled by false information from anti-gay groups,” it said.

The government has said the ruling of May 2017 will not be challenged by referendum results. But the authorities are expected to enact a special law for same-sex unions after Saturday’s vote.

The vote presents a challenge to President Tsai Ing-wen, who activists say has backed away from a promise of marriage equality which she made in the run-up to elections in 2016.

The issue has divided Taiwan, at family dining room tables, online and on the streets, with large campaigns and rallies on both sides of the debate.