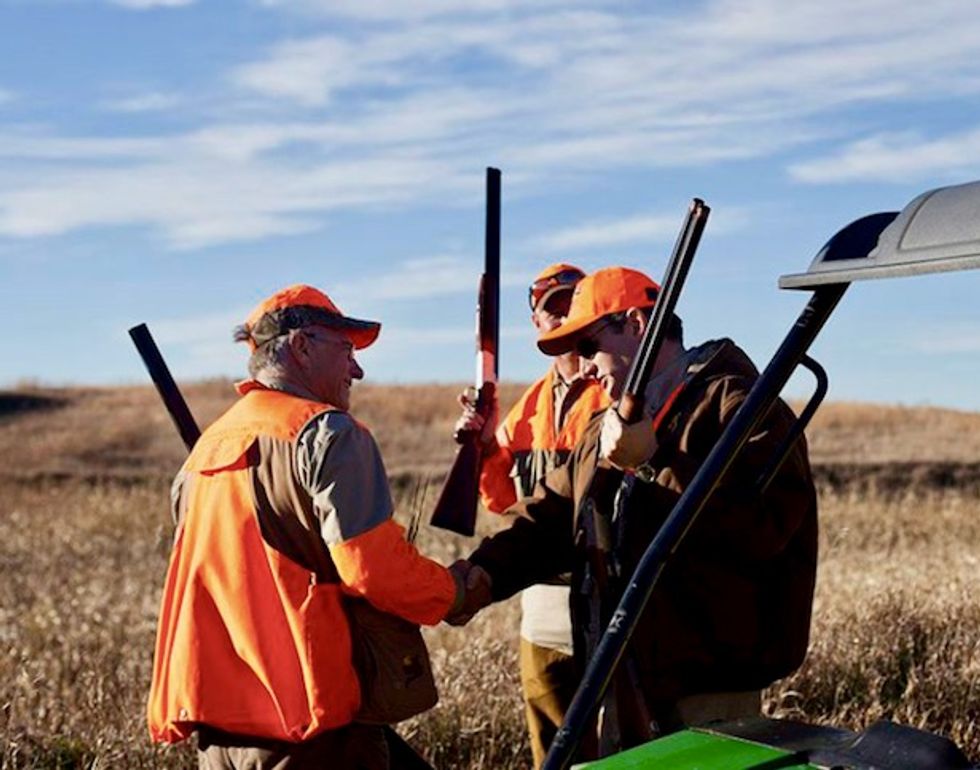 Three years ago, early on in U.S. Sen. Ted Cruz's failed bid for president, the Texas Republican landed a coup: the endorsement of U.S. Rep. Steve King of Iowa, an influential GOP voice in the first-in-the-country caucus state.

Cruz went on to win the nominating contest after naming King his campaign's national co-chair and barnstorming the state with the immigration hardliner, exalting him at countless stops as a stalwart ally. King, Cruz said multiples times, is willing to "crawl through broken glass with a knife in between his teeth" to fight for conservative values.

Today, Cruz appears unwilling to distance himself from King as others in the GOP condemn the Iowan for his years of incendiary and racially-charged comments. And in the closing days of Cruz's re-election battle against U.S. Rep. Beto O'Rourke, D-El Paso, King has gone from an asset to a liability. The shooting Saturday at a Pittsburgh synagogue, which left 11 people dead, brought renewed attention to King's rhetoric, spurring the chairman of House Republicans' campaign arm, Ohio U.S. Rep. Steve Stivers, to issue an extraordinary rebuke of King that said the country "must stand up against white supremacy and hate in all forms."

Asked about King's rhetoric while campaigning Wednesday in Midland, Cruz responded by generally lamenting political division but not directly criticizing the congressman.

“I don’t know everything Steve has said," Cruz replied, according to video posted by the Dallas Morning News. "I think it’s disappointing to be saying and doing things that are dividing us, that are pulling us apart. I think we need to be finding ways to come together."

Later Wednesday, Bloomberg published an interview with King in which he said he received a supportive phone call from Cruz amid the controversy. A Cruz spokeswoman said it was "a personal call, and Senator Cruz told him the same thing he said to reporters today."

O'Rourke's campaign reacted to the call Thursday morning, sending a statement on it to all reporters on its email list — a relatively unusual step by the campaign.

"Not only is Cruz refusing to join members of both parties in condemning his former presidential co-chair's actions but he's doubling down on his support," O'Rourke spokesman Chris Evans said. "Texas needs a senator who will fight for and represent everyone in the state instead of fueling divisions at a time when we need to come together."

Asked Wednesday afternoon in Austin if Cruz should be more forceful with King, O'Rourke did not say but spoke of King as contributing to an anti-immigrant environment that has taken hold under President Donald Trump.

"Whether it’s the president describing Mexican immigrants as rapists and criminals or Steve King asking us to look at the calves of Dreamers that are the size of cantaloupes from bringing drug loads across — this vilification, demonization, of immigrants, especially Dreamers, is un-American," O'Rourke said, speaking with reporters as he left a campaign stop. "I’m going to do just do my best to stay focused on the future, get past this hateful, vile rhetoric and make sure that we live up to our promise."

King has long made inflammatory comments on race, ethnicity and immigration. But the synagogue shooting cast the brightest spotlight on him yet, especially after recent events that included him retweeting a Nazi sympathizer, backing a white nationalist running for Toronto mayor and giving an interview to a website associated with a far-right Austrian political party. Amid the uproar following the synagogue shooting, King has defended himself, claiming the criticism is being "orchestrated by the nasty, desperate, and dishonest fake news."

Cruz was campaigning in Richmond in the wake of the massacre, and asked after a stop there about King potentially contributing to the toxic political environment, the senator also steered his response away from the congressman and spoke generally about fighting hatred.

"Anti-Semitism is wrong," Cruz told reporters. "It is bigotry. It is grotesque. And I have been a leading voice against anti-Semitism every day I have served in the Senate."