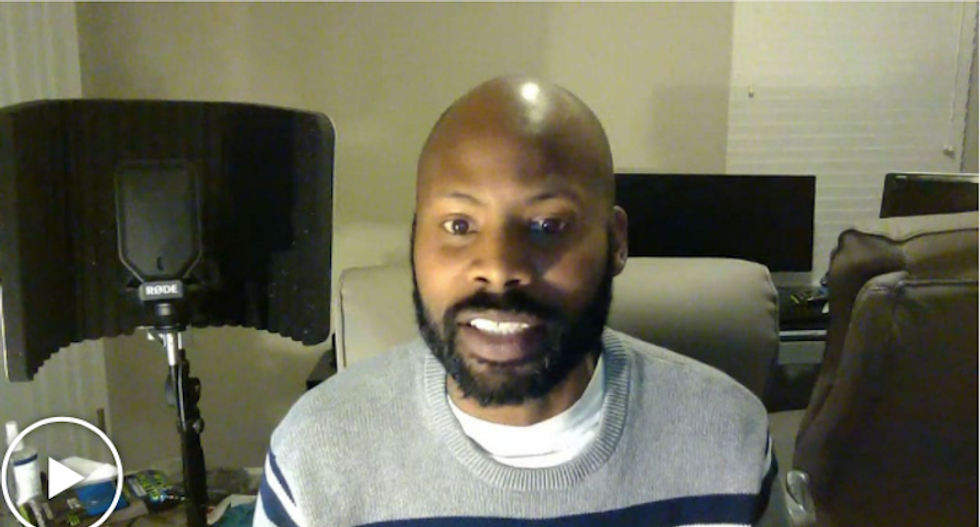 Jay-Z's hit song, "99 Problems," is in large part about the discrimination black men face in encounters with police.

A black man in Tennessee had the police called on him—because he recited a lyric from the song and a neighbor thought he was abusing his fiancé, TMZ reports.

Davon Eddington was apparently having a good-natured argument with his brother over the phone about sports. Apparently, he excitedly exclaimed "I got 99 problems but a b*tch ain't one!" the chorus of 99 problems.

Soon after, police showed up to his door to assess the situation, guns out. When they realized his fiancé was safe and taking a bath on the second floor, they retreated without further incident.

"Swatting is false reporting an emergency to public safety by a person for the intent of getting a (“SWAT team”) response to a location where no emergency exists," according to a website run by 911 responders.

It's a major threat to public safety because it can lead to violent encounters with police.