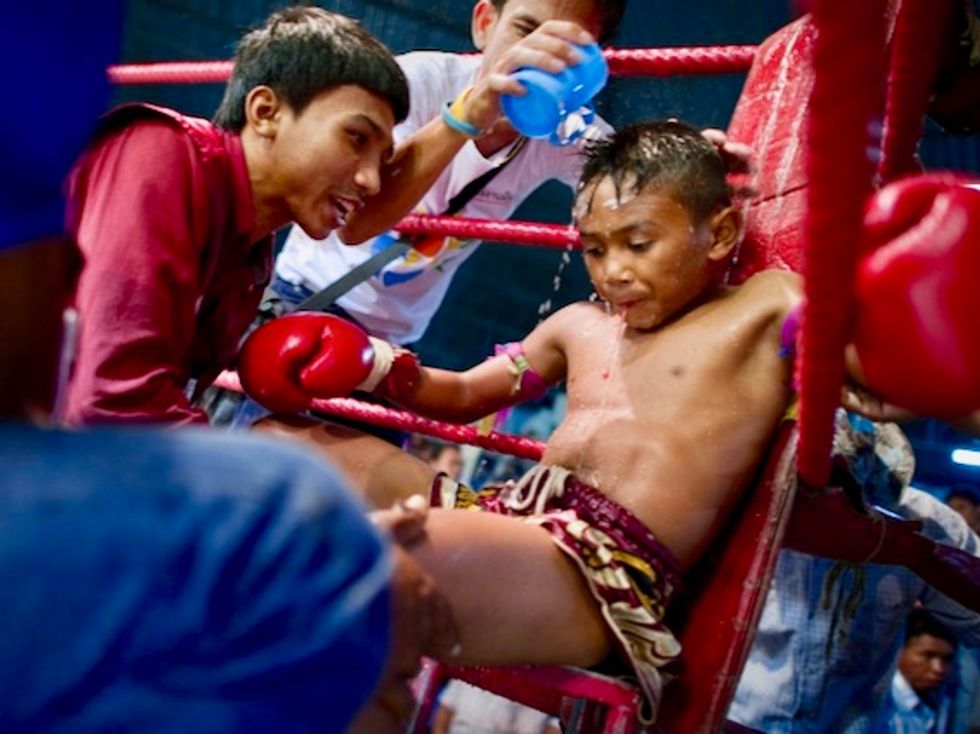 The involvement of kids in Muay Thai boxing, who sometimes start under 10 years of age, in bouts that use kicks and elbows to the head has stirred frequent criticism AFP/File / NICOLAS ASFOURI

Thais have reacted with shock and anger after a 13-year-old boxer died during a charity bout, reviving calls for a ban on fights between children in the brutal Muay Thai martial art.

Thai boxing is hugely popular in the country and many fighters enter the sport at a young age in search of fame and fortune.

But the involvement of kids who sometimes start under 10 years of age in bouts that use kicks and elbows to the head -- often without headguards -- has stirred frequent criticism.

More so as the young fighters are often family breadwinners from poor families and bouts are subject to frenzied ringside gambling.

Anucha Tasako collapsed after his opponent delivered several blows to his head at a bout in Samut Prakan province, near Bangkok, on November 10.

Smartphone footage shown by local media captured the grim moment he hit the canvas as assistants quickly rushed into the ring to help the motionless Anucha, who fought under the alias Phetmongkol Sor Wilaithong.

He later died from a brain haemorrhage, according to police.

Domestic media said he had been fighting since he was eight and had competed in more than 150 bouts.

His opponent, Nitikron Sonde, is around the same age, police said. He took to Facebook to express his sorrow at the death.

"I regret it," he posted on Tuesday, "but I have to do my duty to win so I can make enough money to sponsor myself through education."

Neither fighter was wearing protective headgear.

A bill to prevent minors aged under 12 from taking part is under consideration.

The draft bill is likely to gain support after Anucha's death.

Outrage and anger poured in as news of his death spread, with some blaming the referee for not stepping in sooner to end the fight.

"He could barely stand. Why didn't the referee stop the fight but let him continue to be hit until he was knocked down," one Thai Facebook user said.

Thailand's Minister of Tourism and Sports was quoted in local media saying he would submit the draft bill "as soon as possible".

But some defended the practice of starting fighters young.

"I don't agree with the draft law to totally ban boxers who are under 12 years old because 99 percent of the famous Thai boxers and Olympic winners began fighting when they were young," Tawee Umpornmaha, 59, a Thai Olympic medalist, told AFP, describing the boy's death as an accident.

"I began at 12 with more than 200 fights. The question is do we have proper safety measures? We must give importance to safety measures including field doctors," he said.