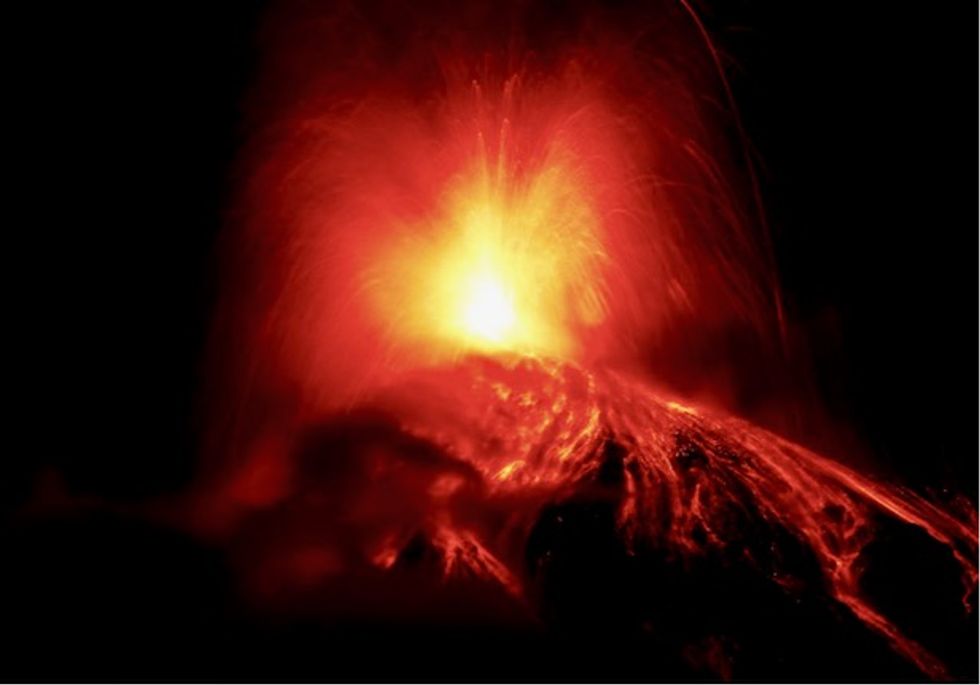 Guatemalan authorities declared a red alert and evacuated around 4,000 people Monday after the Fuego volcano erupted for the fifth time this year, sending bursts of ash and lava down the mountain before its activity decreased and then stopped.

Memories are still painfully fresh of the volcano's eruption in June, which swept away villages and left nearly 200 people dead and 235 missing.

A spokesman for Guatemala's disaster management agency CONRED had earlier said it decided to evacuate the municipality of Escuintla and two other districts. Some 4,000 people were taken to temporary shelters as a precaution.

AFP / Johan ORDONEZ Residents of several communities located near the erupting Fuego volcano were housed in tents in Escuintla on November 19, 2018

The spokesman, David de Leon, said the eruption became increasingly violent after it began Sunday morning, leading to fears for the safety of the thousands of people who live on the slopes of the 3,763 meter-high (12,246 feet) mountain.

A column of ash rose about 1,000 meters above the crater and areas west of the volcano -- 35 kilometers (22 miles) from Guatemala City -- were under a barrage of gas ash and fiery rocks, CONRED said.

As the volcano's activity fell back to normal parameters, evacuees were asked for the sake of cautiousness to return home on Tuesday by bus.

A previous eruption on October 12-13 was characterized by increasingly loud booms and lava flow. On that occasion, 62 people were evacuated from their homes as a precaution and a highway around the mountain was closed.

Many of those evacuated on Monday said they had feared a repeat of the deadly June eruption.

"We were scared and that's why we evacuated," said Miriam Garcia, from the village of El Rodeo which was largely spared the deadly eruption.

Oscar Juarez from El Rodeo said: "You have to get out as soon as possible because when that (volcanic material) comes close, you no longer have time to leave, even if you run, because it comes very fast."

Activity inside Guatemala's two other volcanoes, Pacaya and Santiaguito, has increased in recent months but they have not entered the eruptive phase.