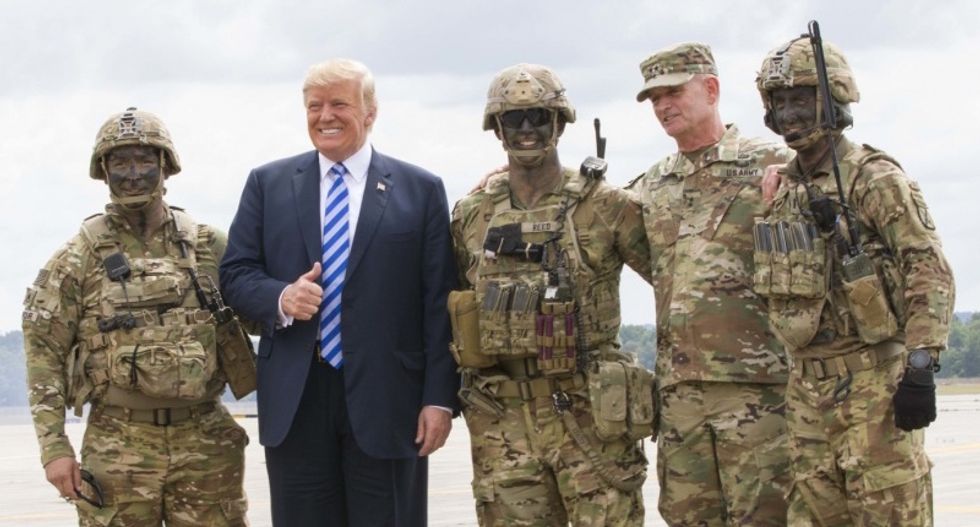 Donald Trump is preparing for his first visit to a combat zone since he took office — and White House insiders know why he hasn't done it yet.

A former White House official told the Washington Post that the president has thus far avoided visiting active combat zones out of fear for his safety.

"He’s never been interested in going,” the official said. “He’s afraid of those situations. He’s afraid people want to kill him.”

News of the president's privately-discussed fears — and the mounting public pressure for him to make such a visit — comes after Trump yet again insulted a decorated veteran by calling Navy Adm. William McRaven a Hillary Clinton supporter.

Advisers told the Post that Trump's plans to visit a combat zone are not firm and that he only began discussing it in recent weeks.