Trump is firing a top national security official for fighting with Melania over plane seats: report 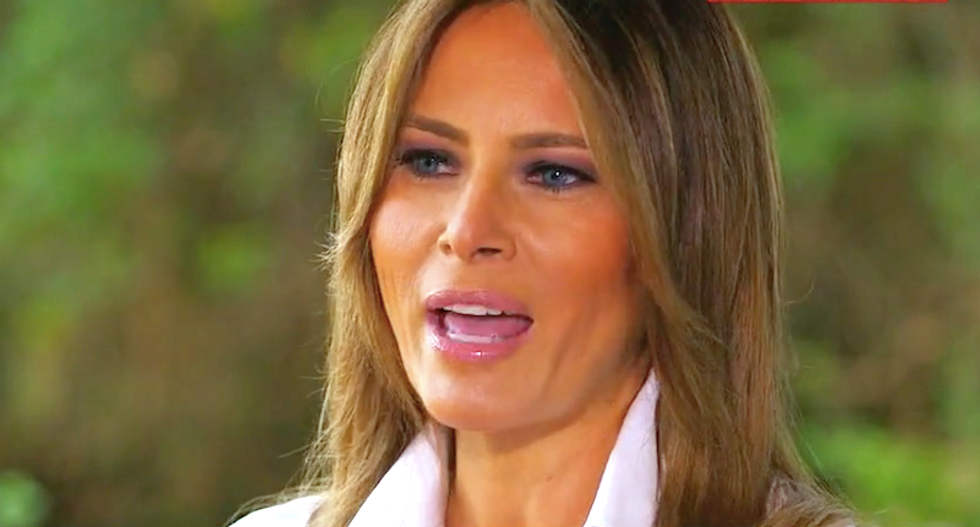 A new report from the Wall Street Journal claims that President Donald Trump is firing a top national security official at least in part because she got into a fight with First Lady Melania Trump over plane seats.

According to WSJ, Trump is planning to oust Mira Ricardel, who currently serves as the top deputy for national security adviser John Bolton.

WSJ's sources claim that Ricardel got into a major fight with Melania Trump during the first lady's recent trip to Africa.

"The president became involved in that decision at the urging of first lady Melania Trump, whose staff battled with Ms. Ricardel during the first lady’s trip to Africa last month over seating on the plane and requests to use National Security Council resources," the publication writes. "Ms. Ricadel also repeatedly clashed with Defense Secretary Jim Mattis and his Pentagon team over staffing decisions and policy differences."

Ricardel is not the only White House staff member who's been feuding with the first lady, either.

"Kelly has also sparred with the East Wing over travel arrangements for the first lady’s staff," NBC News reports. "He often wouldn’t reserve space for Melania Trump’s two aides on Air Force One or on helicopters. They would find themselves without hotel rooms and not listed for motorcade movements."

Trump forced the resignation last week of Attorney General Jeff Sessions just one day after his party suffered devastating losses in the 2018 midterm elections. Although a mass shakeup at the Trump White House has been rumored for months, the president has so far been slower to make other changes besides the ouster of Sessions.