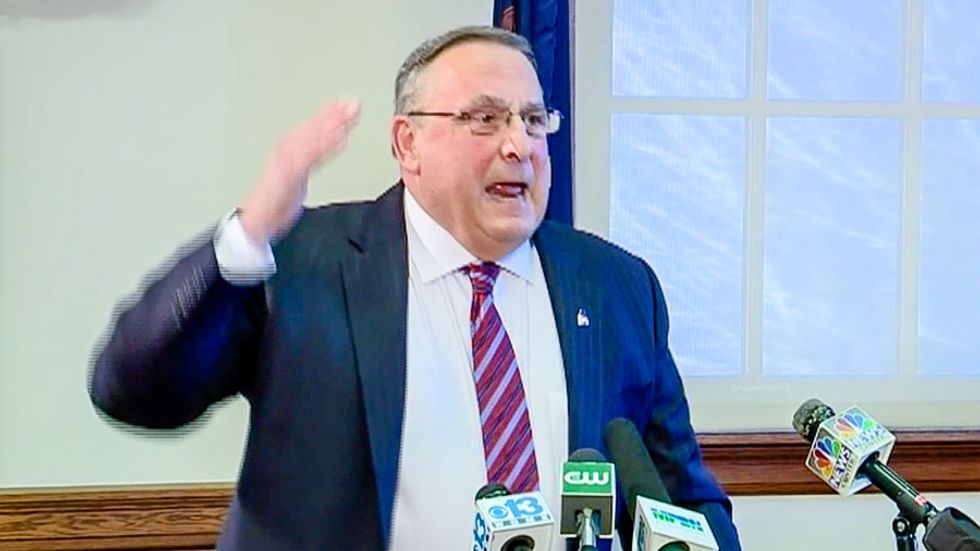 Paul LePage, the Trump-loving Tea Party governor of Maine, announced this week that he will be leaving the state shortly after this year's gubernatorial election -- and he even trashed his state on his way to the exit.

The Portland Press-Herald reports that LePage this week announced he would not remain in the state he has governed for the past eight years and will instead be heading south to sunny Florida to retire.

"I am done with politics," LePage said. "I have done my eight years. It’s time for somebody else."

The Maine governor also took a swipe at his state's own tax policies during his big announcement.

"I’ll tell you very, very simply: I have a house in Florida," he said. "I will pay no income tax and the house in Florida’s property taxes are $2,000 less than we were paying in Boothbay. At my age, why wouldn’t you conserve your resources and spend it on family [rather] than spend it on taxes?"

LePage has been a controversial figure in Maine ever since he was elected governor in 2010's Tea Party wave. Despite having served two full terms as governor, he leaves the state with his approval rating underwater at just 40 percent, while his disapproval rating is significantly higher at 54 percent, according to the most recent Morning Consult poll.