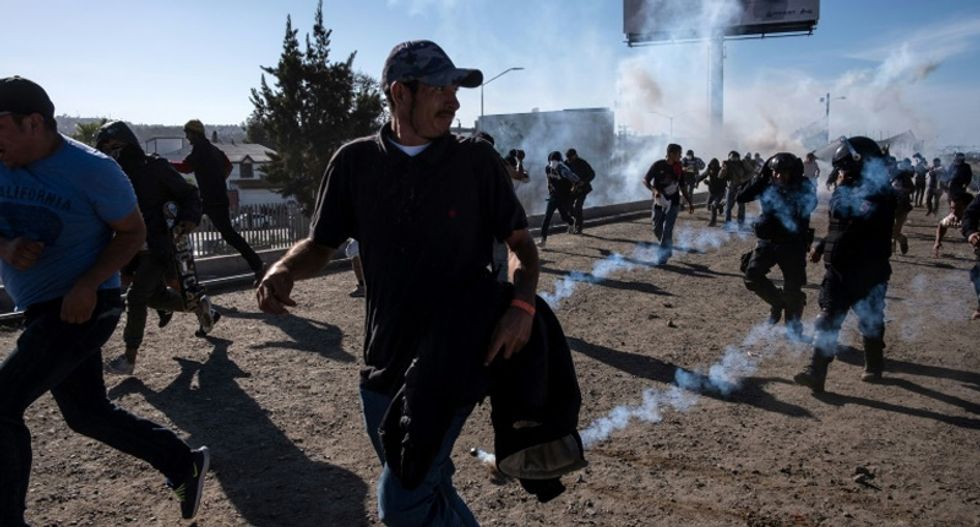 A photograph of migrants and their children being tear-gassed at the US-Mexico border drew ample sympathy for their cause -- except from Trump supporters who insisted it was a "staged" false flag.

The Daily Dot reported that a Reuters photograph of a migrant mother running with her barefoot, underwear-clad children away from teargas is now the subject of far-right conspiracy theories.

One Twitter user, the report noted, posted a Zapruder-style dissection of the image to "prove" it was staged.

"Look at the high resolution picture of the guys in the back holding each other for the photographer to make it look like they are running," another wrote. "They know how naive & foolish the liberal/Progressive/normal viewer brainwash gang is."

The report noted that the image first began being discredited on the r/The_Donald subreddit forum where users claimed: "everything from the children’s feet to their outfits to the placement of others at the border" disproved its veracity.

It was on that subreddit that the image turned into a meme where Donald Trump was photoshopped into it, screaming that the migrants "have to go back." 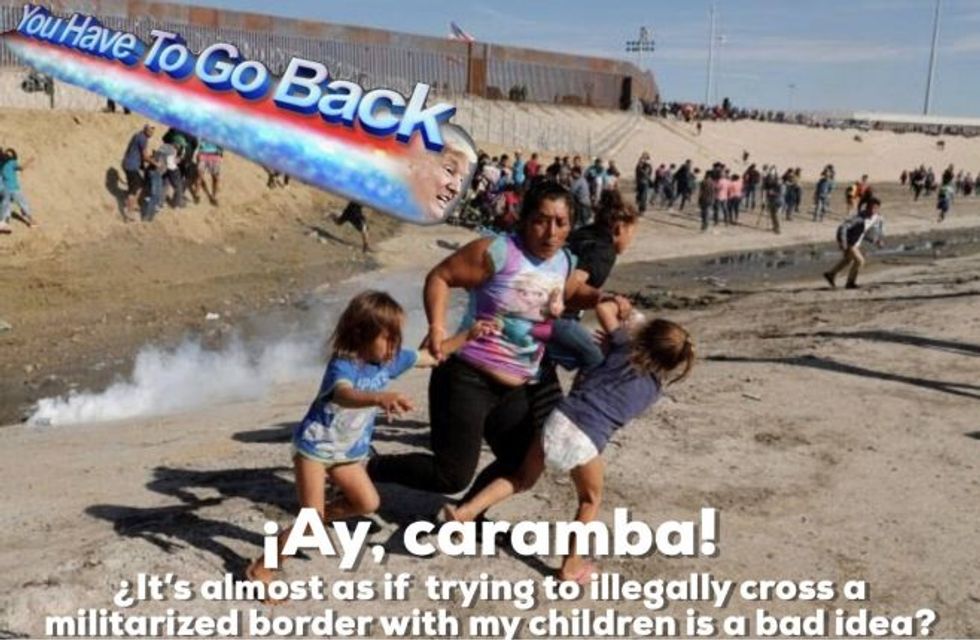 The Daily Dot also noted that the far-right Gateway Pundit blog picked the "false flag" story up and called the photo a "hoax" -- but that the website also published a report hours earlier saying the tear gas attacks did happen.

As CNN's Oliver Darcy, a former senior editor at Glenn Beck's website TheBlaze, noted that other right-wing sites, including Ben Shapiro's The Daily Wire, had picked up the "hoax" claim.

A conspiracy theory bubbling in right-wing media today: The idea that the widely-circulated photo of a migrant woma… https://t.co/DJ4p7GW2dx
— Oliver Darcy (@Oliver Darcy)1543264534.0