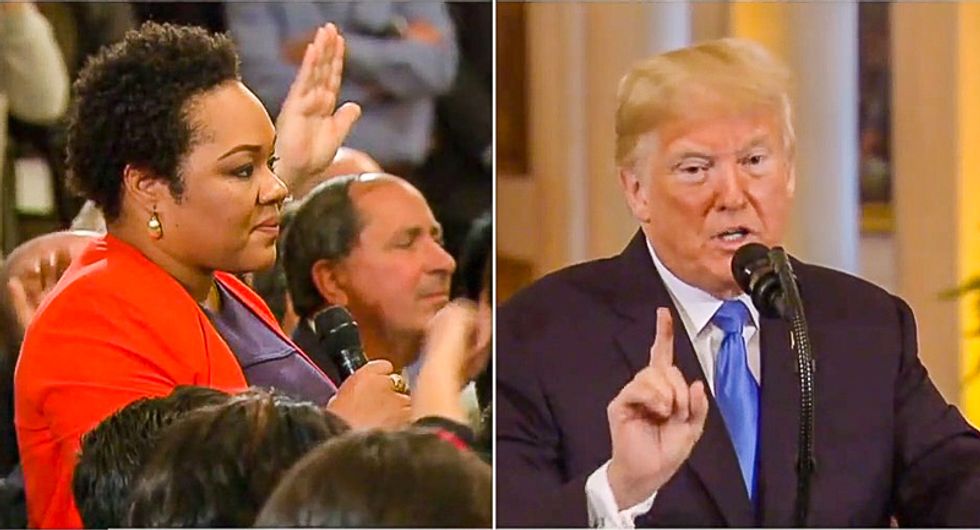 At a White House press conference, the PBS reporter wondered if the president was concerned that he is sending the wrong message by calling himself a "nationalist."

"I love our country, I do," the president continued. "I don't mind helping the world but we have to straighten out our country first and our problems."

Trump added: "But to say what you said is so insulting to me, it's a very terrible thing you said."