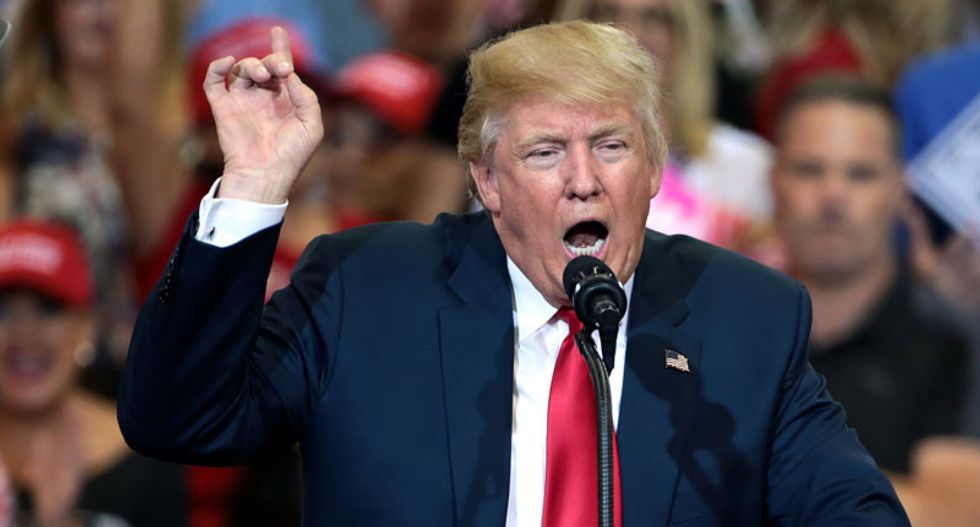 President Donald Trump on Monday attacked the Mexican government and threatened to "permanently" close the southern U.S. border unless it paid to deport Central American migrants trying to claim asylum into the United States.

"Mexico should move the flag waving Migrants, many of whom are stone cold criminals, back to their countries," the president wrote on Twitter. "Do it by plane, do it by bus, do it anyway you want, but they are NOT coming into the U.S.A. We will close the Border permanently if need be. Congress, fund the WALL!"

Mexico should move the flag waving Migrants, many of whom are stone cold criminals, back to their countries. Do it… https://t.co/IqgnrBTQFl
— Donald J. Trump (@Donald J. Trump) 1543231181.0

The president asked Congress to pony up money for the border wall despite the fact that he repeatedly pledged that Mexico would pay for it during the 2016 presidential campaign.

Even though Mexico has refused to pay for the wall, Trump now seems to think that it will foot the bill for deporting people who are trying to enter the United States.

Additionally, the president provided no evidence that many of the migrants were "stone cold criminals," even as photos emerged over the weekend of U.S. Border Patrol agents firing tear gas canisters at migrant women and children.