Trump's 'infected' vote comments are scary precursor to what might happen in 2020: conservative columnist 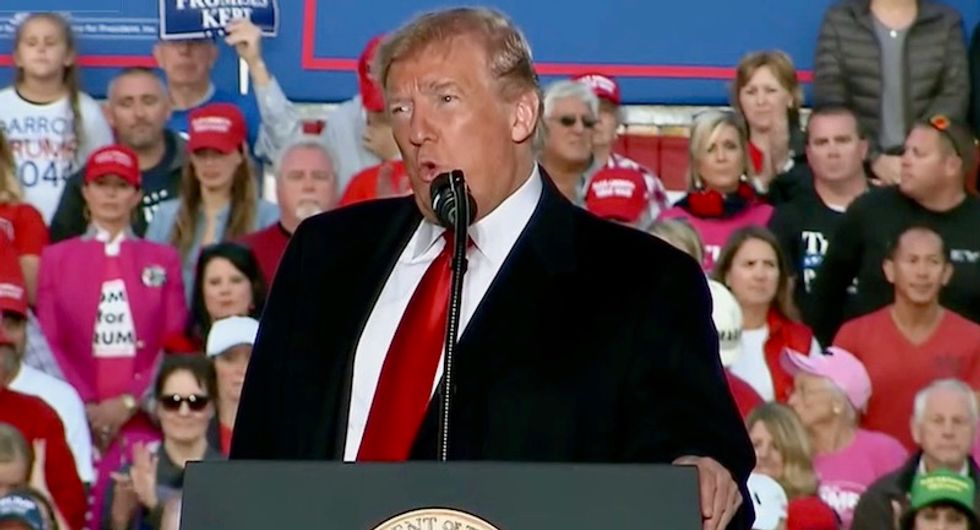 Conservative columnist Jennifer Rubin on Monday noted that Donald Trump's comments about Florida's "infected" vote are another sign of his totalitarianism — and may be a precursor for his response to a potential loss in 2020.

"The Florida Election should be called in favor of Rick Scott and Ron DeSantis in that large numbers of new ballots showed up out of nowhere, and many ballots are missing or forged," the president tweeted Monday morning. "An honest vote count is no longer possible-ballots massively infected."

"Must go with Election Night!" he added.

The Florida Election should be called in favor of Rick Scott and Ron DeSantis in that large numbers of new ballots… https://t.co/9e9Qqkn9pq
— Donald J. Trump (@Donald J. Trump) 1542026653.0

"This is the talk of authoritarians," the Washington Post columnist wrote. "It shows contempt for the office of the president, whom the Constitution designates to 'to take care' that the nation’s laws are faithfully executed."

Rubin added: "It’s also a frightful peek at what he might do in 2020 should the vote not go his way."

This is far from the first time concerns have been raised about how the president would react if he loses.

Ahead of the 2016 presidential election, then-candidate Trump regularly complained about a "rigged" electoral system and said he'd "see how things play out" in a Fox News interview.

"We’re going to see how things play out today," he told the friendly network on Election Day 2016. "Hopefully they’ll play out well and hopefully we won’t have to worry about it, meaning hopefully we’ll win."

“I want to see everything honest," he added.

In her column, Rubin advised Democrats to keep their persuadable audiences "in mind" when making decisions as a majority following the midterm elections.

"They must hammer away at the simple proposition that Trump is unfit to govern," she wrote, "and Republicans who are too afraid to stand up to him cannot be trusted with power."