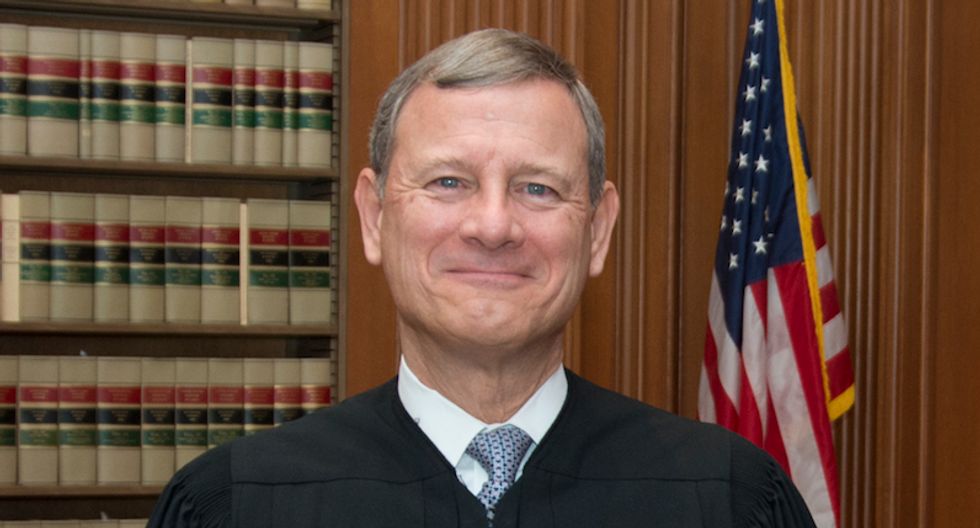 Right-wingers are melting down on Twitter over the Bush-appointed chief justice of the Supreme Court rebuking Donald Trump's partisanship.

Earlier in the day, Chief Justice John Roberts slammed Trump for smearing a federal judge from the 9th Circuit as an "Obama judge."

"We do not have Obama judges or Trump judges, Bush judges or Clinton judges," Roberts said in a rare statement. "What we have is an extraordinary group of dedicated judges doing their level best to do equal right to those appearing before them."

"That independent judiciary is something we should all be thankful for," the chief justice added.

While some lauded the conservative justice for the unusual move, right-wingers weren't so happy.

"THANKS ROBERTS - NEXT THING YOU KNOW, YOU'LL BE REWRITING OBAMACARE TO MAKE IT LEGAL," radio host Bill Mitchell, a pundit who recently mused whether "antifa" had anything to do with the California wildfires, wrote on Twitter.

Right-wing podcaster Chuck Woolery also used all caps and a Breitbart link to spell out his displeasure at Roberts' move.

"OH, AND THANK YOU FOR OBAMACARE," Woolery tweeted.

.@realDonaldTrump is spot on - judges nominated by Obama believe in a “living” constitution, they legislate through… https://t.co/pcYTQPpuEs
— Charlie Kirk (@Charlie Kirk) 1542834310.0