US briefly shutters border crossing to brace for migrants 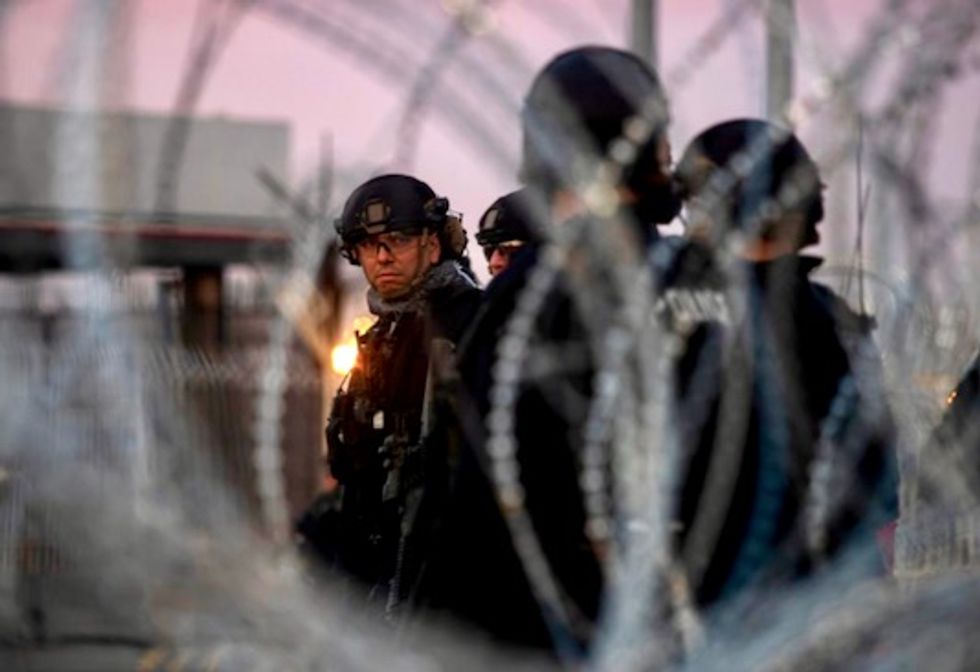 U.S. officials briefly closed the busiest border crossing from Mexico early on Monday to add concrete barricades and razor wire amid concerns that some of the thousands of Central American migrants at the border could try to rush the crossing.

A Department of Homeland Security official, speaking on condition of anonymity, told reporters in a conference call later that U.S. officials had heard reports some migrants were intending to run through border crossings into California.

Ahead of U.S. congressional elections earlier this month, President Donald Trump denounced the approach of a caravan of migrants as an “invasion” that threatened American national security. He sent thousands of U.S. troops to the border.

By dawn on Monday, 15 of 26 vehicle lanes had reopened at the San Ysidro crossing, according to the DHS official.

It was a rare closing of the station, which is one of the busiest border crossings in the world, with tens of thousands Mexicans heading every day into the United States to work or study.

“Today was a lost day of work. I already called my boss to tell her that everything was closed and I did not know what time I would be able to get in,” said Maria Gomez, a Mexican woman who crosses the border every day for work. “I cannot believe this is happening.”

Trump had remained mostly silent about the caravan since the Nov. 6 vote, but on Monday he posted a photo on Twitter showing a fence that runs from the beach in Tijuana into the ocean now covered with razor wire.

About 6,000 Central Americans have reached the border cities of Tijuana and Mexicali, according to local officials. More bands of migrants are making their way toward Tijuana, with around 10,000 expected.

Hundreds of local residents on Sunday massed at a monument in a wealthy neighborhood of Tijuana to protest the arrival of the migrants, with some carrying signs that said “Mexico first” and “No more migrants.”

Last month, thousands of Central American migrants began a long journey from Honduras through Mexico toward the United States to seek asylum.

Other bands of mostly Salvadorans followed, with a small group setting off on Sunday from San Salvador.