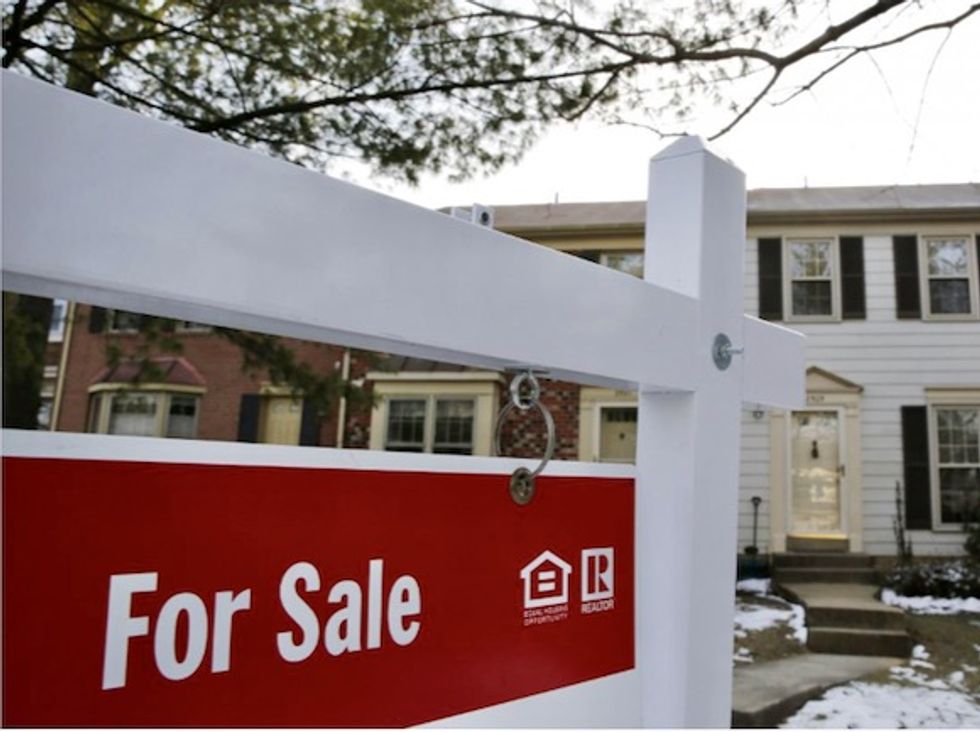 FILE PHOTO: A home for sale sign hangs in front of a house in Oakton, on the day the National Association of Realtors issues its Pending Home Sales for February report, in Virginia March 27, 2014. REUTERS/Larry Downing

The NAHB and Wells Fargo housing market index fell to 60 points in November, which was the lowest level since the 59 recorded in August 2016. That compared with a reading of 68 in October and a consensus reading of 67 among analysts polled by Reuters.

The index’s eight-point drop was the biggest monthly decline since a 10-point decrease in February 2014.

The index’s seasonally-adjusted component on current single-family home sales decreased to 67, the lowest since August 2016, from 74 in the prior month.

The seasonally-adjusted gauge on expectations of home sales in six months tumbled to 65 in November, matching the level last seen in May 2016. It was 75 in October.

The barometer on home builders’ view on prospective buyers declined to 45, the lowest level since July 2016 and below 53 in October.