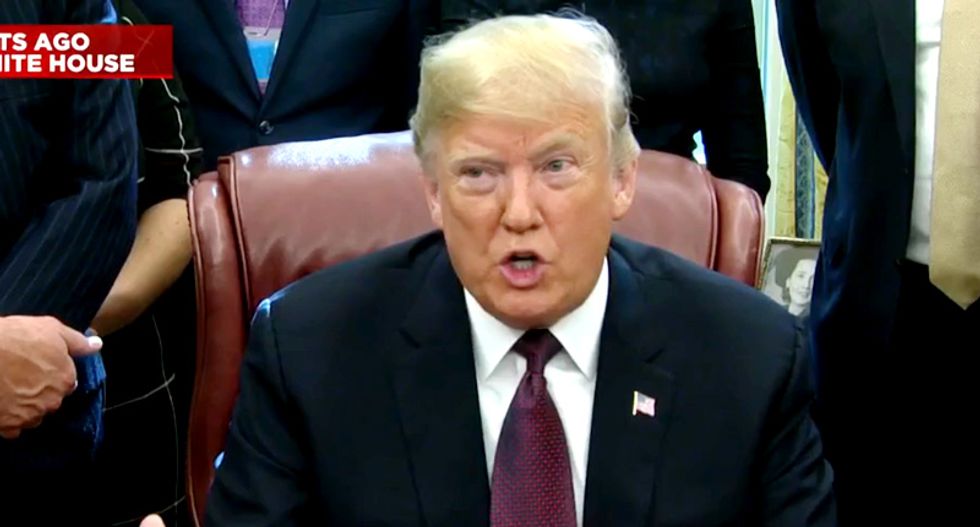 Trump originally tweeted about the low cost of gas to highlight why having a relationship with Saudi Arabia is beneficial to America, even after the death of Washington Post journalist Jamal Khashoggi.

“Oil prices getting lower. Great! Like a big Tax Cut for America and the World. Enjoy! $54, was just $82. Thank you to Saudi Arabia, but let’s go lower!” Trump tweeted on Wednesday.

However, Kirk Edwards, president of MacLondon Energy, said that the decline in oil prices could hurt his industry as well as Trump's goal of “energy dominance.”

“The American oil and gas producer has shown that our economy doesn’t have to rely as much on foreign sources of oil anymore, but the country needs to realize that higher prices are a part of that equation,” he said. “We need a $60 or $70 crude price in order for the business to stay healthy.”

The WSJ reports that U.S. shale producers and executives shared that they were "unhappy" and " frustrated" with Trump's tweet.

As companies plan for 2019, they hope that Trump can change his stance.

“I would encourage the president to cheer on domestic producers to increase their production and not foreign countries.” Ben Brigham, a millionaire in the oil industry, said.