Voter Suppression Watch 2018: Here are all the states where people have reported switched votes — so far 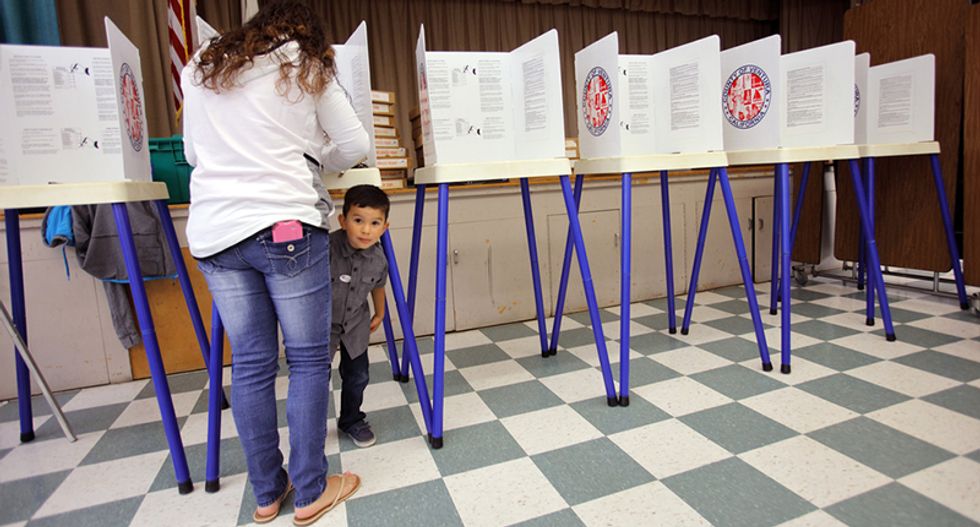 With Election Day creeping ever closer and early voting already underway in many states across the country, reports of votes appearing to be switched have raised concerns.

Below are all the states where switched votes have been reported so far in 2018.

The voting machines and their software—not voters—are to blame for switching votes from Beto O'Rourke to Ted Cruz (… https://t.co/YPLcFs9c0f
— Motherboard (@Motherboard)1540921125.0

Texas was the first and most-talked-about state where voters reported that voting machines marked a different candidate than the one they had intended.

Sam Taylor, the communications director for the Texas Secretary of State, told the Houston Chronicle that between 15 and 20 people had reported their votes being switched to his office as of October 30.

“It does pop up from time to time,” Taylor said.

The report noted that the problem occurs on the Hart eSlate voting machine "when voters turn a selection dial and hit the 'enter' button simultaneously." Eighty-two of Texas' 254 counties use the Hart tabulator and voters in six of those counties reported issues.

Guttman confirmed his account to me via email, & he wasn’t the only Guilford County, NC voter who mistakenly had so… https://t.co/iTdT5aoQoO
— Stephen Wolf (@Stephen Wolf)1540350780.0

Raleigh's News & Observer reported that voters had noticed their intended votes were changed in Charlotte and Greensboro, two of the state's largest metropolitan areas.

Pat Gannon, a spokesperson for the North Carolina Board of Elections, told the newspaper that the department gets "a few reports about this in each election" and attributed the problem to aging machinery.

The report noted that roughly 40 percent of the state's registered voters live in regions where they vote via touchscreen machine.

The @NAACP has filed official complaints with the State Board of Elections after voters across Georgia report that… https://t.co/CbZgaq393c
— The Root (@The Root)1540476013.0

Amid increasing concerns about voter suppression under Georgia's secretary of state and GOP gubernatorial candidate Brian Kemp, the NAACP filed an official complaint with the state BOE alleging votes had been changed from Democrat Stacy Abrams to Kemp.

In a statement after the reports emerged, Kemp's office claimed the machines were not switching votes following an investigation. A representative also said voters should be "hyper-vigilant" and check their ballots multiple time to be sure they're correct before submitting.

Voters in Indiana's Tippecanoe County said it was "unnerving" when they attempted to cast votes for one candidate and found their votes switched.

Layfayette, Indiana voter Sundeep Rao told the city's Journal & Courier newspaper that he was familiar with older touchscreen technology and knew how to backtrack — but that it took him three tries to get the machine to register his Democratic vote correctly. He also said his wife had similar problems with the machine she used to vote as well.

"I was happy to see so many people in line to early vote," Rao told the newspaper. "But as I was making my selections, it kept indicating the wrong choice, always the same incorrect party choice."

Christa Coffey, the county's outgoing clerk, told the region's NPR affiliate station that eight people reported changed votes to her office. She, like Kemp, also suggested voters double-check their ballots before submitting them to make sure their selections were correct.