WATCH: Atlanta teacher body slams 17-year-old boy after he tapped him on the shoulder 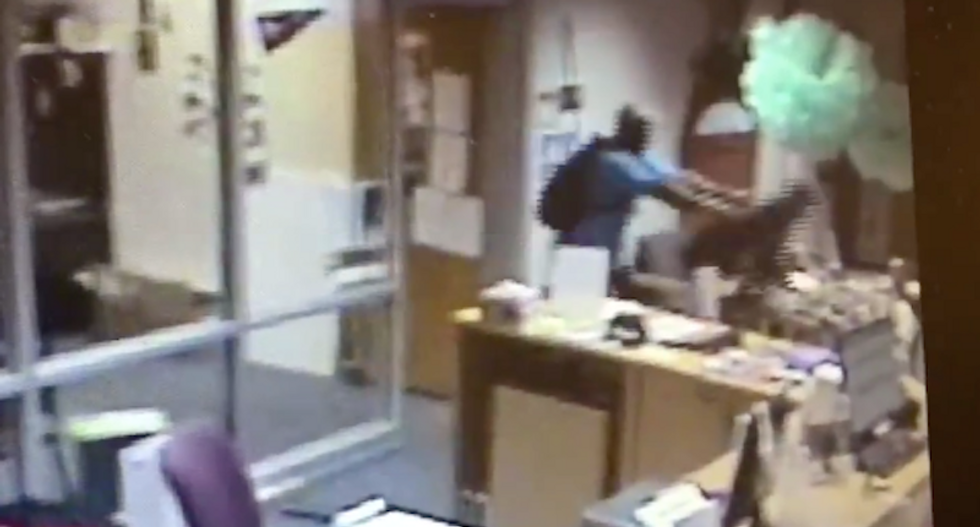 An Atlanta teacher has been fired after video emerged that showed him tackling a student and slamming the 17-year-old's face against a table, reports WSTV.

The incident occurred after the 17-year-old patted teacher Henry Coleman on the shoulder and said, “What's up?”

The teenager claims that Coleman then tackled him.

"I just felt my body, my whole body, just fly into the table with books on it. He came to the table, slung me off the table to the ground,” the teen told WSTV.

Although the teen was initially charged for touching the teacher, the school lobbied to get the charges dropped.

The teen's parents were shocked and appalled.

"He just went crazy. I don't understand why," Shekela Bryant, the teen's mother, said. "To choke, to push him on the ground by his face. It's just too much, too much for a good morning tap."

"It's crazy. I just can't get it. I don't understand why he would attack a child like that," Bryant said.

The video, obtained by WSTV's Tom Jones, shows the altercation.

I’ve worked for a month to get this video. This high school graduate coach was charged with battery of this studen… https://t.co/VnyF6N5eVo
— Tom Jones (@Tom Jones)1542327423.0