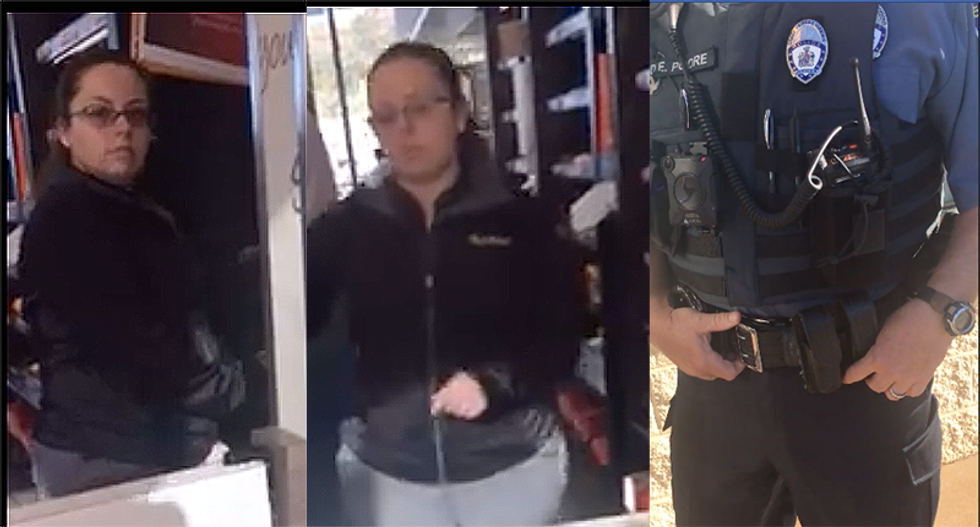 Americans can add "using free wifi while black" to the list of things African Americans must navigate.

According to a video posted on Facebook and flagged by The Root, Tirza Wilbon White walked into her local Fairfax, Virginia Dunkin' Donuts, where she is a frequent customer. She set up her laptop and that's when she was approached by franchise owner Christina Cabral, who White said she'd never met in her two years of going to Dunkin' Donuts.

Cabral said that White couldn't use the wifi without making a purchase, something no one has told White about before. So, White asked if it was a new policy. Cabral said it wasn't new but now that she was there, it would be enforced.

White felt something was off and pressed a little asking if the policy was posted anywhere. White began recording the exchange as their conversation continued. White, a policy scholar, felt the issue was about discrimination and an arbitrary enforcement of the rule.

“Oh, please,” Cabral said. “Don’t get into the racial profiling. It’s my family. I find that offensive.”

Cabral then revealed that she was the owner of the local Dunkin' Donuts and confessed she would order signs explaining the "policy."

“They hang out here for eight hours and they get into fights,” she told White. “You can look it up; it was on Prince William County a year ago.”

The Root noted they couldn't find any news of a fight breaking out in a Dunkin' Donuts, certainly not one with a 46-year-old black woman working on her laptop.

After a conversation, Cabral inevitably threatened to call the police.

“Now you wanna call the police because you don’t like what I’m saying?” White asked, still preternaturally calm.

“You’re offending me,” Cabral said, as the reason for calling the authorities.

“You’re the one who brought up racial profiling,” Cabral claimed. “You can take your recording, and you can do what you want with it, because at the end of the day, you’re trying to blackmail me.”

All over free wifi.

“I just pulled across the street and cried,” she told The Root over the phone in an interview. “Even now I’m so angry because of all of it and how it could have ended. ... I wanted to document, if for nobody else for my children, who I wanted to teach: There are no identity politics that can protect you from this. Your mom is a former college professor, but on this day, I was a black chick with no makeup on and a twistout. … Based on what I looked like, this is what happened to me."

Watch her video below: