WATCH: Ex-prosecutor shreds a 'very worried' Roger Stone over news his associate is cooperating with Mueller 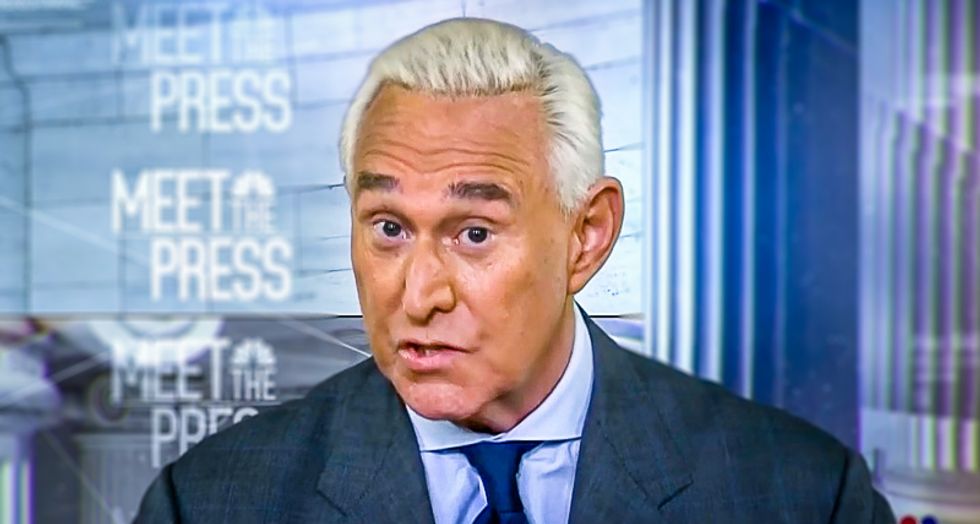 An ex-murder prosecutor in New York shredded Trump confidante Roger Stone for releasing a statement that made him sound very concerned about the fate of his associate Jerome Corsi, who is reportedly cooperating with special counsel Robert Mueller.

Corsi, Stone said in a statement sent through his lawyer Grant Smith, “has been under a tremendous amount of pressure” and added that his friend never shared with him information about leaked emails.

"He has stated publicly that he is being asked over and over to say things he simply does not believe occurred," Smith said. "I am not aware of any plea talks involving Dr. Corsi, he is an investigative journalist whose activities I would think would largely be covered under the first amendment. He is relentless in his research, and his network of sources is very wide."

“Roger Stone is talking like a very worried individual,” Callan said. “He's making statements before even knowing what Corsi is saying to the Mueller investigators, he's, you know, making this very detailed public statement to try to distance himself and to say that Corsi is under tremendous pressure. How would Stone know that unless he's had discussions with Corsi about this very subject?”

Mueller’s investigators, the prosecutor added, will definitely ask Corsi what he’s discussed with Stone now that he’s cooperating with them.

“ It's always dangerous when two people who are being looked at by investigators are sitting down with one another to, let's say, discuss the facts of the case,” Callan said. “A lot of times prosecutors describe that as getting their stories straight. We'll have to see how the Mueller team handles it.”