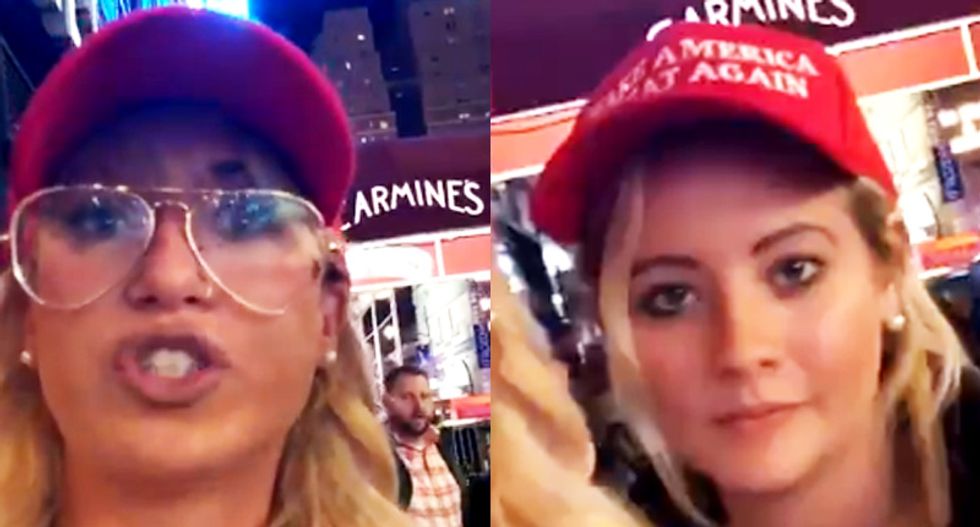 Two Trump supporters frustrated by a two-hour wait at a New York City restaurant tried to exact revenge by accusing its Jewish owners of being anti-Semites.

In the video, two young women wearing "Make America Great Again" hats stood on the sidewalk outside Carmine's restaurant in New York and complained that they were forced to wait for two hours because they were Trump supporters.

The video was promoted by right-wing activist Charlie Kirk and Fox News host Laura Ingraham -- but Carmine's came out with a statement on Monday completely debunking the alleged "discrimination" the Trump supporters faced.

"Carmine's, whose owners are Jewish, did not turn away anyone based on politics/religion," the restaurant wrote on its Twitter account. "There was a two-hour wait Saturday, the night before the NYC Marathon when we served pasta to people from all walks of life. Those without a reservation were asked to wait due to space available."

Watch the Trump supporters' video below.