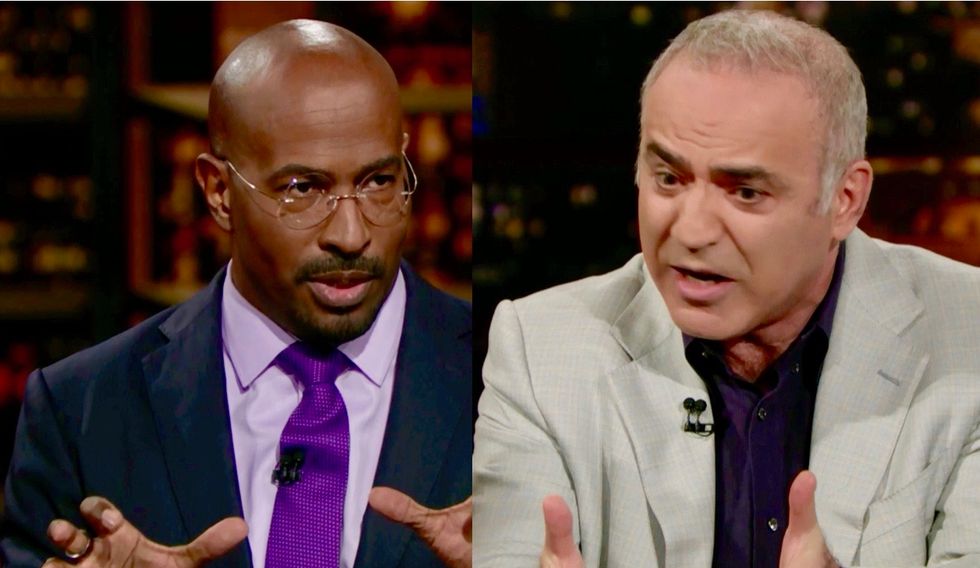 The two men debated whether President Barack Obama correctly handled the situation, or whether he should have been more aggressive in standing up to the Russians.

Kasparov, who is now a democracy advocate, said that everyone knew about the weaknesses of the American system before the election, especially the social media companies that were exploited by Russian trolls.

"Facebook knew about the inherit weaknesses in their technology, as did Twitter, they had been warned before 2016 that its open-ended system would serve as a beehive for Russian bear," Kasparov said. "Putin already built industry of fake news and troll factories. He has been doing it since 2004-2005 in Russia, then he moved to neighboring countries, Europe. Attacking America was just a matter of time."

And not only did U.S. social media companies know what was happening, so did the country's leaders.

"Obama administration knew about these attacks," Kasparov said. "Congressman Adam Schiff has been crying, in September 2016, saying we have all the data to actually stop it. But everybody thought Hillary would win anyway, so why should we stop it?"

Jones stepped up to say that Obama "wanted to move forward on a bipartisan basis" but that "he reached out to Sen. Mitch McConnell and the Kentucky Republican refused to stand up to the hostile foreign adversary.

"Think about the instability that would have been created if Obama had gone out there on his own," Jones said.

"Well, hey, listen, if you don't elect Trump but you end up with an armed Tea Party response," Jones said.