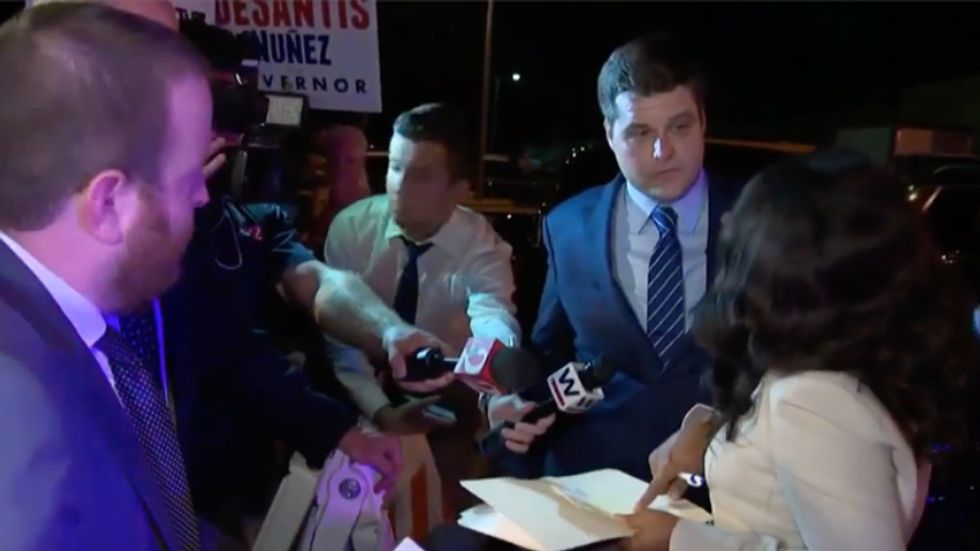 On Friday, Rep. Matt Gaetz (R-FL) was at a protest in Broward County in front of the election office where votes are being counted in the states close Senate race.

MSNBC's Rachel Maddow played video of Gaetz arguing with a women election official as she was trying to do her job.

"Matt Gaetz showed up to cool the passions of the crowd urge restraint and respect—yeah right or to yell at police officers and election officials," Maddow said.

Maddow then showed a video of him arguing and demanding to go in an inspect the building as police polity ask him to move because he is creating a safety hazard.

"That's not a safety hazard," a noncompliant and aggressive Gaetz yells at a police officer whole gesturing wildly. "The safety hazard is there in the [unintelligible] ballots!"