WATCH: Paul Manafort may not be cooperating over ‘fears of retaliation’ by the Russians 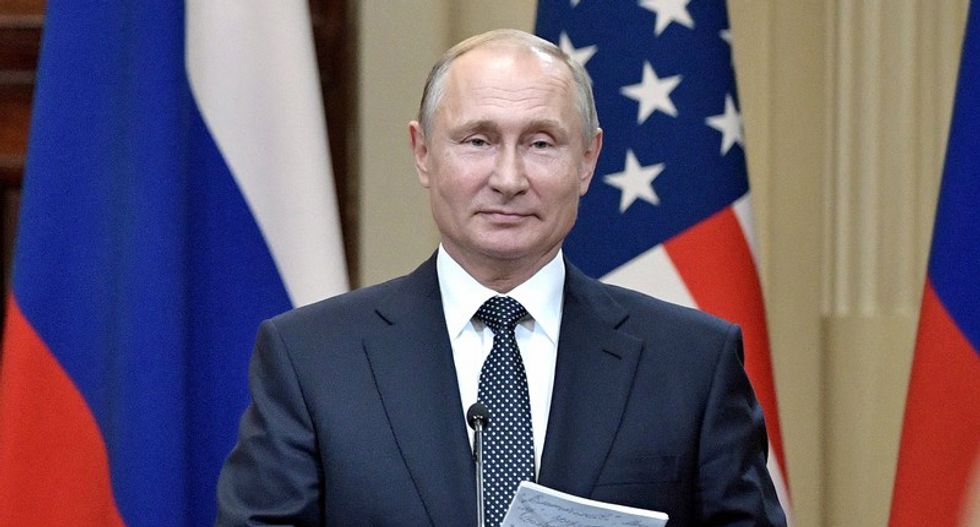 "Given his involvement with Russians and people close to Vladimir Putin, and the work he did in Ukraine, when you see what Vladimir Putin is apparently willing to do to people around the world -- including poisonings in London and elsewhere -- is it possible that Paul Manafort is thinking [that] the biggest fear he has is what Putin might decide to do if Paul Manafort becomes a cooperating witness who then eventually is free?" O'Donnell asked.

"We don't have sort of evidence with it with respect to Manafort, but we have evidence of Putin's actions with respect to other people who could incriminate him and his actions around the world," she noted. "And that is what we at least think, you know, Manafort could possibly provide."

"And so when you put those things together, it would make sense that's something he is afraid of," she concluded.

"And that goes to Ron's point about if Trump then pardoned him knowing that ... knowing what Manafort could provide, knowing that he's not cooperating, you know, because of fears of retaliation by the Russians -- it's just a really dirty, bad, ugly situation," Rocah explained.

"You can call it a constitutional crisis, but it's just -- it stinks on so many levels, you know, beyond the Constitution," she said.

"It's just something we don't want in this country. We want to find out the truth, and that feels like that is what is being prevented," she added.

During an appearance on MSNBC's "The Sunday Show," Rep. Sean Patrick Maloney (D-NY) didn't mince any words when asked about newly-elected Rep. Lauren Boebert (R-CO), calling her "stupid" and not worth anyone's time.

Speaking with host Jonathan Capehart, Maloney was asked about an accusation leveled at him by Boebert -- that she had to retract -- which opened the door for the blunt-talking Maloney to call out the GOP lawmaker in the thrall of QAnon conspiracies.

"You know, when you said bumper crop of crazy colleagues, it made me think of this back and forth that seems to be happening," Capehart stated. "Let me read it to the audience what your colleague, Congresswoman Boebert said: 'Sean Maloney's comments were extremely dangerous and shameful. there's not an ounce of truth to things he claimed about me.' Having read that, and the comments you just made, even in past interviews, you've never named anyone. Why do you think your colleague from the other side of the aisle is singling you out?"

"Well because she's incompetent," Maloney quickly shot back. "Because she jumped to a conclusion and didn't bother to look at what I said."

"She apologized, by the way, a short while later because we produced the transcript which demonstrated her comments, her tweet, her letter were farcically stupid and wrong," he continued. "So the problem is when you get this kind of incompetence mixed together with arrogance, when people believe that they're right when they are demonstrably wrong."

"Now, Congresswoman Boebert has made a video bragging she's going bring a gun to the capitol -- go Google it," he added. "Everyone can watch it if you want to waste two minutes of your life. [Rep.] Madison Cawthorn (R-NC) said publicly he was armed during the insurrection. He made a six-minute video before the insurrection talking about how the election was stolen. There are QAnon conspiracy theorists yelling at Capitol police. I'm not making this up, but I'm always careful about things I don't have personal knowledge of. Congresswoman Boebert -- I think she's off to a disastrous start."

Law professor Alan Dershowitz announced on Sunday that he would offer free legal representation to any person who has their college diploma revoked after supporting President Donald Trump's election lies.

"There is a campaign building at Harvard to rescind and revoke the degrees of Trump officials and allies, including White House Press Secretary Kayleigh McEnany and Sen. Ted Cruz," Fox News host Maria Bartiromo announced on Sunday.