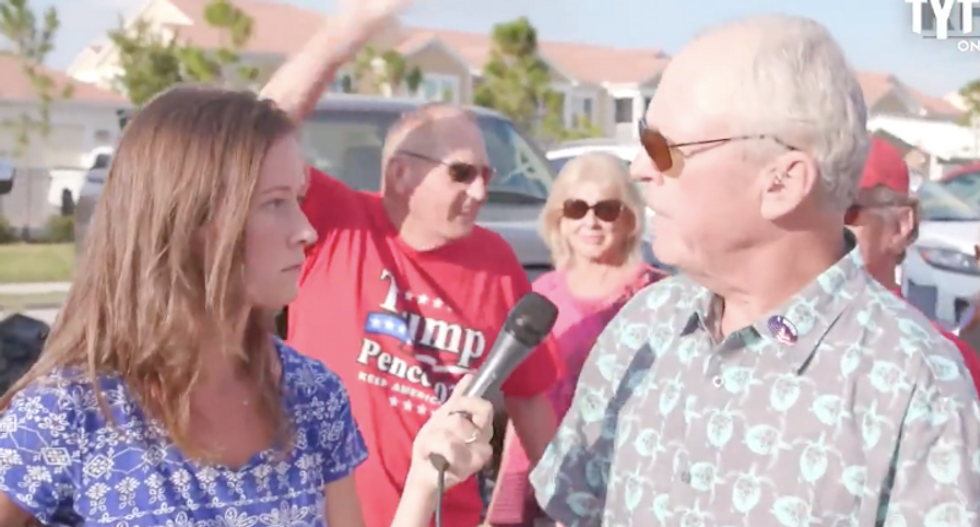 President Donald Trump this week reiterated his vow to use an executive order to eliminate birthright citizenship. Experts pointed out that Trump's promise to deny citizenship to people born on US land flies in the face of hundreds of years of judicial precedent and is not likely to be accepted by the courts.

A political advertisement he tweeted Thursday, accusing Democrats of letting murderers stream in through the borders, has been compared to the racist Willie Horton ad that helped sink the campaign of Michael Dukakis.

Emma Vigeland of Rebel HQ, a show aired by the Young Turks, spoke with some Trump supporters about whether they agreed that the President should have the authority to so drastically alter a citizenship right. As it turns out, they didn't hold the Constitution as sacrosanct as one might think, given their unequivocal support for the 2nd Amendment.

"I don't agree with it," one of them said. But a majority called for a change to the constitution while also claiming to be, 'originalists.'

"Time to change things," another Trump supporter told Rebel HQ. He quickly added, "...never the second amendment, we have a right to defend ourselves."

Another supporter said the 14th amendment was designed to address slavery and, "It wasn't designed for this."