WATCH: The View's Joy Behar explains why she never knew 'creative conman' Trump was such a 'psycho' 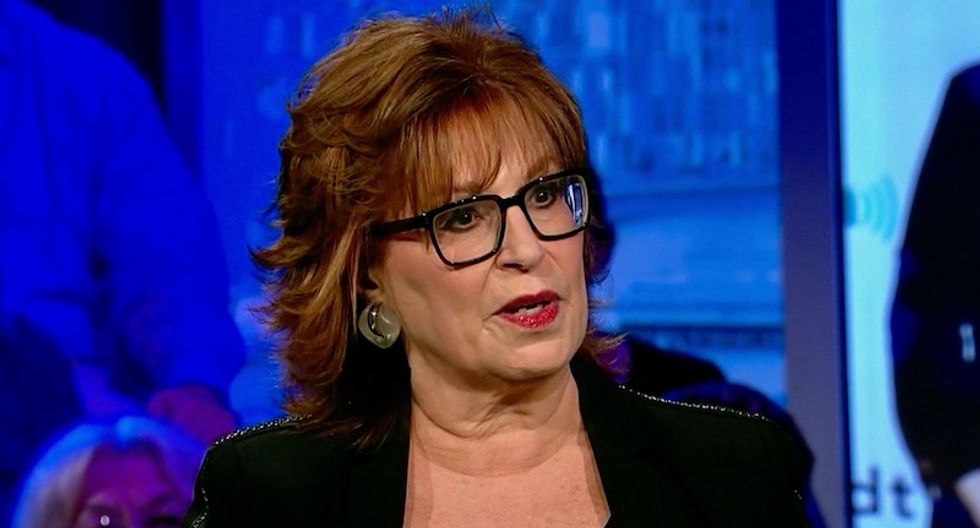 The View's Joy Behar explained to MSNBC's Ari Melber why it took her so long to realize her old friend Donald Trump is a "psycho."

"I know him," Behar said. "I went to his second wedding to Marla [Maples], you know. There wasn't a wet eye in the room."

Melber noted that seeing people "up close" and away from their perfectly-coiffed TV personas makes people see them differently, and Behar agreed.

"New York, as you know, did not vote for him -- because we know" his character, she said.

"He's a real creative con type of salesman," Melber mused. "He'll pick up anything you say. He'll say it back to you. 'Fake news' was a term to describe the right wing articles that spread in October that helped him. And after he heard the criticism, he grabbed it. Now everyone thinks it's his term."