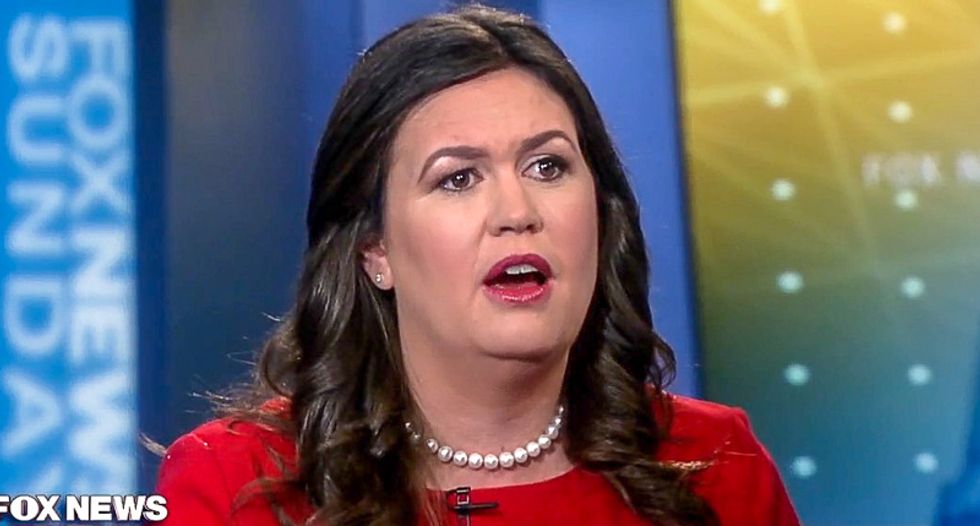 "The White House News Photographers Association is appalled to learn that the White House spokesperson may have shared a manipulated video of CNN reporter Jim Acosta’s interaction with a White House intern during a news conference," Whitney Shefte, the organization's president, wrote in a statement.

"As visual journalists, we know that manipulating images is manipulating truth," the statement continued. "It’s deceptive, dangerous and unethical."

"Knowingly sharing manipulated images is equally problematic, particularly when the person sharing them is a representative of our country’s highest office with vast influence over public opinion," the statement concluded.

Former FBI special agent Asha Rangappa noted after Sanders shared the video on Twitter that it appears to have come from InfoWars.

Tagging Sanders, Rangappa asked if the press secretary was "seriously tweeting out an obviously doctored video – from InfoWars no less – to substantiate a false accusation of assault against a journalist."

"The standard for libel against a public figure is acting with ‘actual malice,’" the former FBI agent wrote, "and your tweet is Exhibit A."