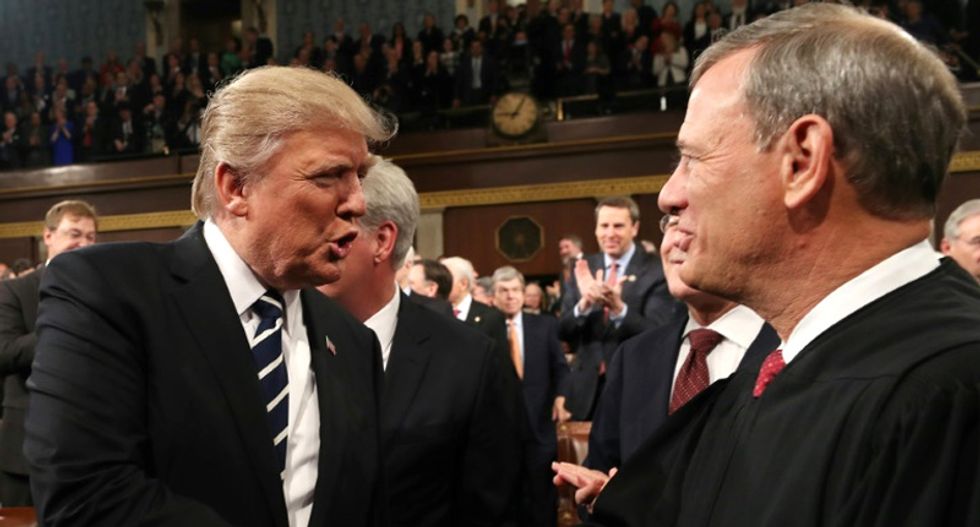 Washington Post reporter Bob Costa warned that it's clear the White House thinks they can win in a war against chief justice John Roberts, separation of powers be damned.

"Republicans on Capitol Hill do share the worry about this kind of engagement with the chief justice of the Supreme Court, but there's a differing view, Brian, inside of the West Wing," Costa said. "There was talk tonight among some of my top sources, does the chief justice really know what he's waded into here?"

While Roberts might be trying to preserve, protect and defend the institutions in the United States, Trump doesn't see it that way.

Social justice expert Prof. Maya Wiley noted that the country has reached historic lows due to the president's behavior.

She noted that the issue the president is so angry about decided by the 9th Circuit Court of Appeals, but it's "Constitution 101." She explained that no person can ignore the word of the Congress, even judges.

"But remember that Donald Trump, not only did he like set us up and set the Supreme Court up, the Supreme Court has been bending over backward to remind Americans they are going to work together even though we have the Brett Kavanaugh hearings, that they are going to see each other as co-equals and peers whose job is to be neutral," Wiley continued.

Yet, again, the president "spit" all over it.