At 20, euro is currency giant on fragile footing 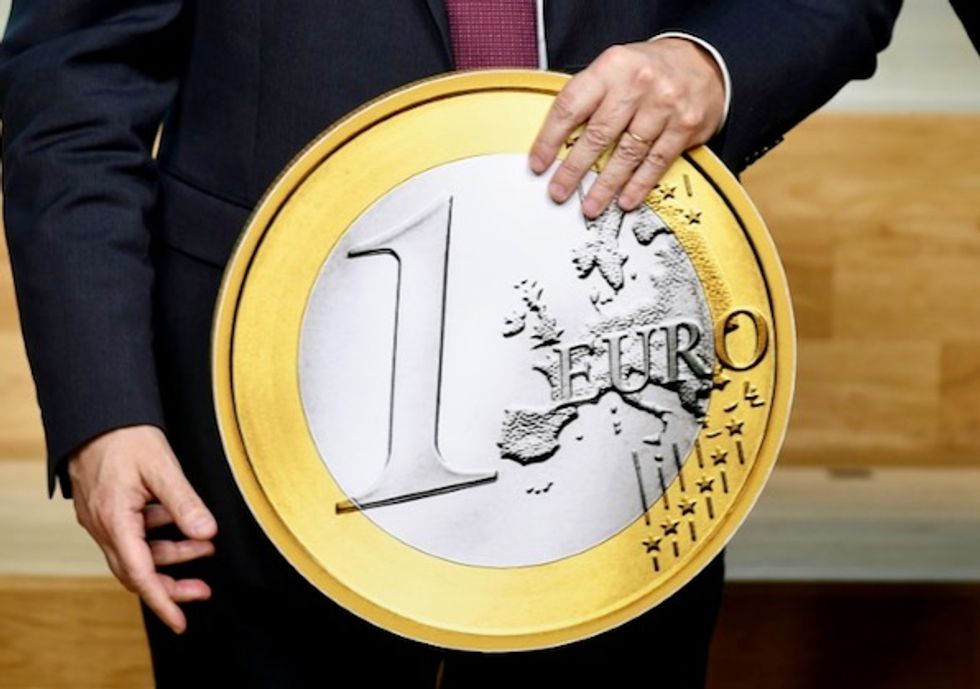 Unloved at first, the euro is now widely accepted and even popular AFP / JOHN THYS

The euro turns 20 on Tuesday, marking two tumultuous decades that saw the single currency survive a make-or-break crisis and become a fixture in financial markets and Europeans' wallets.

But it is destined to remain a fragile giant without closer eurozone integration, observers say.

Born on January 1, 1999, the euro initially existed only as a virtual currency used in accounting and financial transactions.

It became a physical reality for Europeans three years later, and its coins and notes are now used by over 340 million people in 19 European Union countries.

The currency wasn't immediately loved, with many perceiving its arrival as an unwelcome price hike. In Germany, it was nicknamed the "teuro", a pun on the German word for expensive.

But the ease of travelling and doing business across borders in the euro area without having to worry about foreign exchange fluctuations quickly won hearts and minds.

Today the euro is more popular than ever despite the rise of eurosceptic, populist movements in a slew of countries.

"The euro is anchored in the population, even anti-establishment parties have had to acknowledge that," said Nicolas Veron, a fellow at the Bruegel think tank in Brussels and the Peterson Institute for International Economics in Washington.

The euro is now the world's number-two currency, though it remains some way off from challenging the dominance of the US dollar.

The euro reached a defining moment when the aftershocks of the 2008 financial crisis triggered a eurozone debt crisis that culminated in bailouts of several countries, pushing the currency union to breaking point and severely testing the club's unity.

Experts say the turbulent time exposed the original flaws of the euro project, including the lack of fiscal solidarity through the pooling of debt, investments and therefore risks, or the lack of a lender of last resort.

ECB chief Mario Draghi was credited with saving the euro in 2012 when he uttered the now legendary words that the Frankfurt institution, in charge of eurozone monetary policy, would do "whatever it takes" to preserve the currency.

The ECB promised to buy up, if necessary, unlimited amounts of government bonds from debt-stricken countries. The scheme, known as outright monetary transactions, succeeded in calming the waters but has never actually been used.

To keep money flowing across the eurozone and ward off the threat of deflation, a crippling downward spiral of prices and economic activity, the ECB has still taken unprecedented action in recent years.

It has set interest rates at historic lows, offered cheap loans to banks and bought more than 2.6 trillion euros ($3.0 trillion) in government and corporate bonds between 2015 and 2018.

With inflation inching closer to the bank's goal of just under 2.0 percent, the stimulus has been widely judged as a monetary policy success story.

But observers say the 19 single currency nations have not done enough to carry out the political reforms necessary to better arm the region for future downturns and achieve greater economic convergence.

The long-mooted banking union remains incomplete amid disagreement over the creation of a Europe-wide deposit insurance scheme.

And French President Emmanuel Macron's flagship proposal for a eurozone budget has been considerably watered down, with members in December agreeing only to exploring a scaled-down version of the idea while staying vague on details.

Macron's more ambitious plans for a eurozone finance minister or a European version of the International Monetary Fund have been pushed aside.

The ECB meanwhile has gone "as far as it can" in shoring up the euro, said Gilles Moec, a former French central bank economist.

But analyst Vernon took a more upbeat view, saying the euro had been strengthened by the clean-up of banks' balance sheets, efforts to rein in public debt and the ECB's extraordinary actions.

The euro is now "a giant with feet of bricks rather than clay", he said.