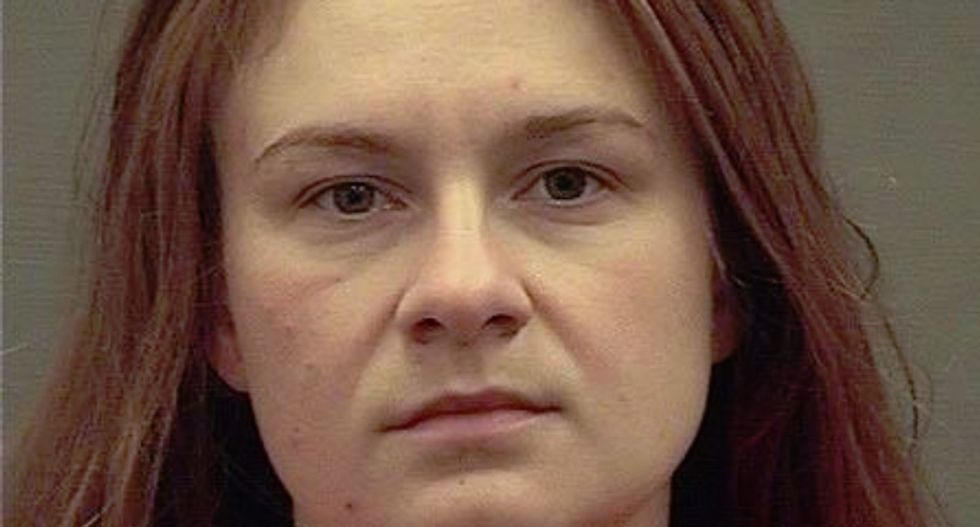 Accused Russian agent Maria Butina appeared poised this week to plead guilty in the case, after her lawyers and prosecutors filed a joint motion asking a federal judge on Monday to schedule a change of plea hearing this week.

The filing comes after Butina’s attorney and prosecutors revealed last month they were actively in talks to settle the case.

Butina had previously pleaded not guilty to charges that she was acting as an agent of the Russian government and conspiring to take actions on Russia’s behalf.

Specifically, prosecutors have accused the former American University graduate student of working with a Russian official and two U.S. citizens to try to infiltrate the National Rifle Association, a powerful lobby group that has close ties to Republican politicians including President Donald Trump, and influence American foreign policy toward Russia.

Butina’s lawyers previously identified the Russian official with whom she was accused of working as Alexander Torshin, a deputy governor of Russia’s central bank who was hit with U.S. Treasury Department sanctions in April.

They identified one of the two Americans mentioned in the criminal complaint as being Paul Erickson, a conservative U.S. political activist who was dating Butina. Neither Erickson nor Torshin have been accused by prosecutors of wrongdoing.

Butina has been in jail since her arrest in July.

In the joint motion filed Monday morning, prosecutors and defense lawyers proposed holding a hearing sometime between Tuesday and Thursday of this week.