'Babysitting while black': Here are the 10 most absurd reasons white people called the cops on black people in 2018 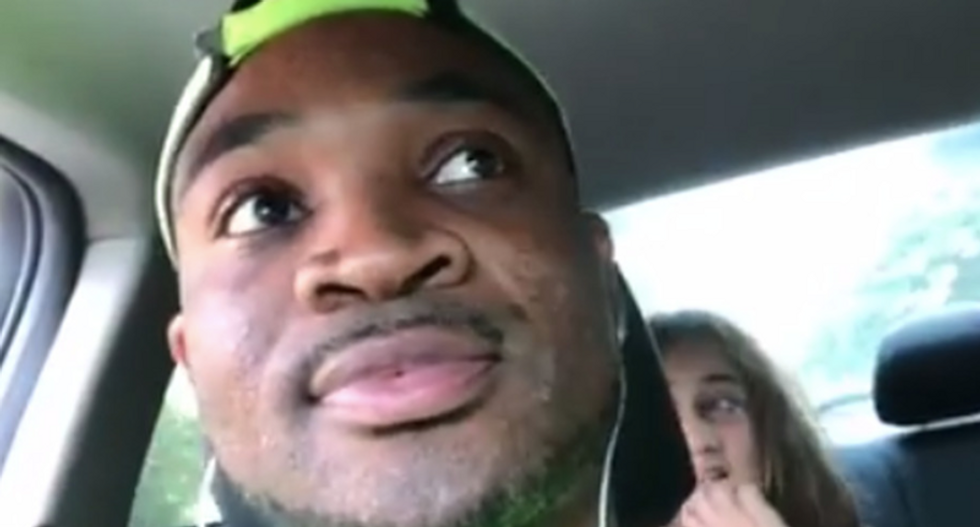 There are countless examples of encounters between law enforcement and people of color needlessly escalating into violence, which is why civilians should think twice before calling the cops.

Are they actually in danger or do they just feel uncomfortable by the presence of people of color in spaces that tend to skew white?

With the advent of cell phone cameras as well as social media platforms that can result in instant virality in a situation where police are called for no reason, there's a lengthy record of the most absurd reasons white people called law enforcement on people of color.

Here are the top ten.

1. In October, a white woman called the cops on a dad trying to enjoy his kid's soccer game. Dubbed golf-cart Gail, the woman called police on the man because he engaged with the referee. A bystander recounted the incident.

"SOCCER WHILE BLACK. A parent at my son’s soccer game had the police called on him for cheering for his son during the game," wrote Ginger Galore Williams. "This man was simply trying to watch his son's soccer game and cheer for him from the sides. He yelled “The ref is right!” when he saw his kid out there getting frustrated after a call. This woman, lets call her Golfcart Gail, decided to spring into action and rapidly approach this parent and remind him that harassment would not be tolerated."

"He informed her that he was only speaking to his son. For whatever reason, Golfcart Gail just would not let this go. She continued to harass and beleaguer this parent," she continued.

"The gentleman offered to leave in order to avoid a situation. As he began to pack up his things Golfcart Gail informed him that she was calling the police because she no longer felt safe with his threatening behavior."

2. For a variety of historical reasons, white people have a long history of freaking out about black people in pools. That tragic history reared itself in 2018 with a vengeance, with multiple incidents of white people calling the cops on black people rightly using their own pools.

The so-called "Pool Queen" harassed a black family using the pool in the gated community in which the family lived. “So the kids and I are at the pool today minding our own business. I’m on my computer WORKING,” Policard wrote on Facebook. “Ask my son to snap a photo of me (for the Insta) when lady pictured here asks me where I live and tells me this pool is only for residents! So I tell her I am,” she wrote on Facebook.

"I guess we can’t even enjoy pizza and the pool with our kids. I was made to feel like a criminal and a trespasser in my own neighborhood. And I should add, this is a gated community, with a security guard 24/7. They are thorough. Truckloads of people are NOT coming in.”

3. In July, a North Carolina man called police to report a shocking incident of a black woman using a pool at the height of summer.

"This is a classic case of racial profiling in my half a million $$ neighborhood pool,” wrote Facebook user Jasmine Edwards.

“This happened to me and my baby today,” she said, in reference to her encounter with police, which was captured on cell phone video. “What a shame!!”

4. Just that June, a woman nick-named "Pool patrol Paula" allegedly physically assaulted a black teenager and threatened to call police. She then bit the police officer who arrived at the scene.

5. In November, a Seattle man was sitting at a yogurt shop. He was there to supervise a visit between a mother and a child that had been removed from her custody. Then he looked up to find two officers in front of him.

"They asked me to leave,” Byron Ragland told the Seattle Times. “They asked for my ID. They told me the manager had been watching me and wanted me to move along.” According to the police report, they called him an "unwanted subject."

6. In April, two black men were arrested in a Philadelphia Starbucks for no discernible reason after an employee called the cops on them. The move prompted widespread protests and pledges from Starbucks to train employees on racial sensitivity. The worker was fired.

7. Waffle House, a chain restaurant based primarily in the South, has been the site of multiple racist encounters between cops and black customers, including an incident in which a cop choked two teenagers.

8. Over the summer, a white woman called the police on a black man—he'd merely been sitting in his car.

9. In October, a white woman in a New York deli called the police, claiming a black child had sexually assaulted her. Security footage shows she lied, raising uncomfortable comparisons to the case of Emmett Till, the black child murdered in the 1950s after a white woman accused him of whistling at her.

10. A Georgia woman saw a young black man babysitting two white kids. She assumed they'd been kidnapped and called the police, prompting the exasperated conclusion that "babysitting while black" is apparently against the law.