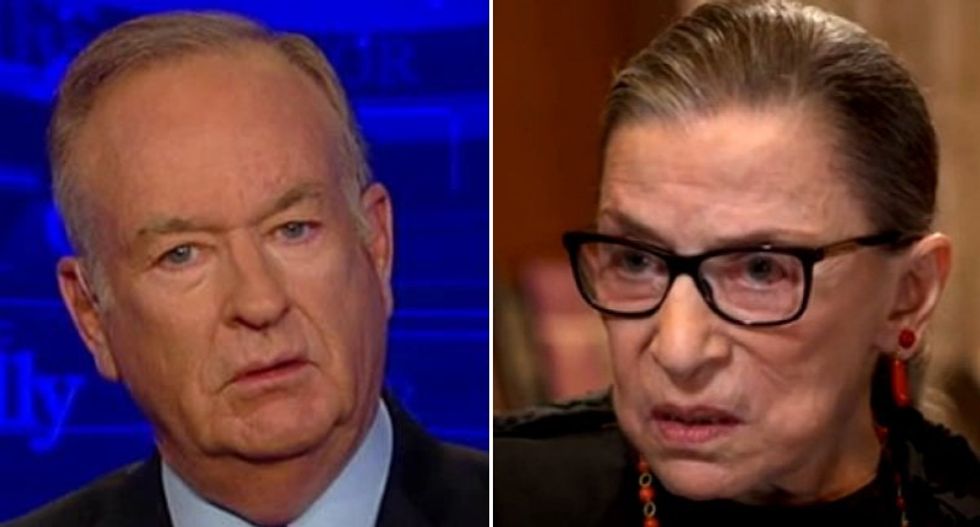 Disgraced Fox News personality Bill O'Reilly on Friday responded to news that Supreme Court Justice Ruth Bader Ginsburg had had surgery -- by mentioning that it would be harmful to his political opponents.

Earlier in the day, news broke that Ginsburg had surgery to remove cancerous nodes from her lung -- and that the surgery had been successful.

“Currently, no further treatment is planned," a statement from the Supreme Court read. "Justice Ginsburg is resting comfortably and is expected to remain in the hospital for a few days. Updates will be provided as they become available."

O'Reilly was fired from Fox News in April 2017 after multiple sexual harassment allegations were made against him.