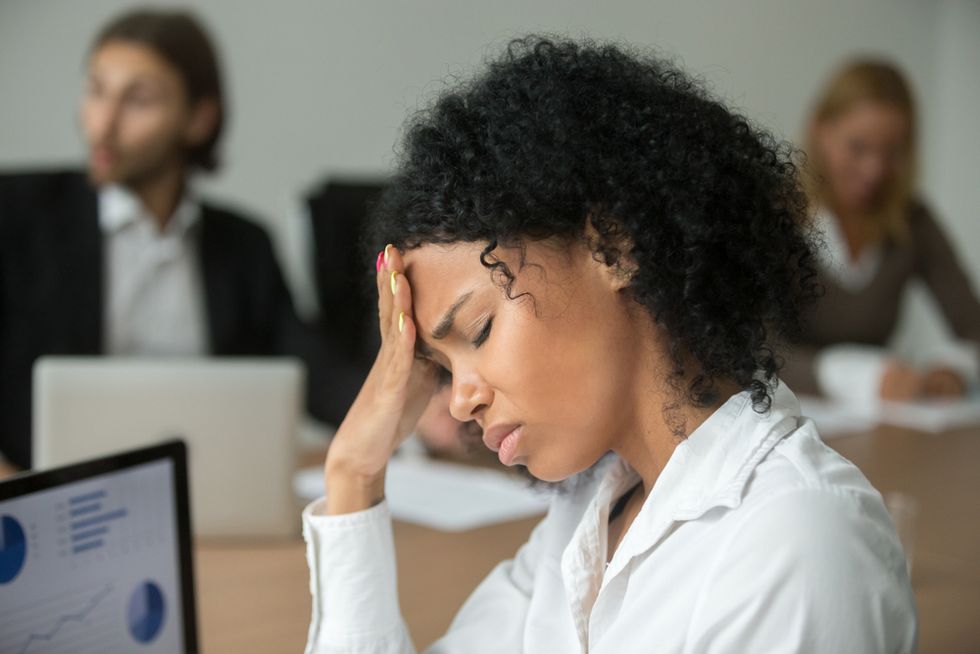 A new lawsuit filed by a black English teacher at a New York high school claims that she has for years been subjected to shocking racial harassment from both students and from fellow faculty members.

NBC News reports that Andrea Bryan recently filed a lawsuit against the Commack School District on Long Island, where she has spent the past 17 years working as the district's only black teacher.

Among other things, the suit alleges that Bryan was told by a colleague that a bag of peanuts sitting on the table in the faculty lounge was for "whites only," and was also asked by the same colleague to "translate slave talk" while reading the part of a black character in Arthur Miller's "The Crucible."

Even though her complaint about this colleague did get him demoted, she says that she subsequently "was ostracized and made a pariah within the department" for her actions.

And just last year, Bryan alleges that one of her colleagues bought her a bottle of hand sanitizer as her "Secret Santa" gift "because she is black and, therefore, dirty in the view of her colleagues."

The lawsuit says that the school district has generally reacted with indifference to this racial harassment, and has overall failed to act to stop the problem.