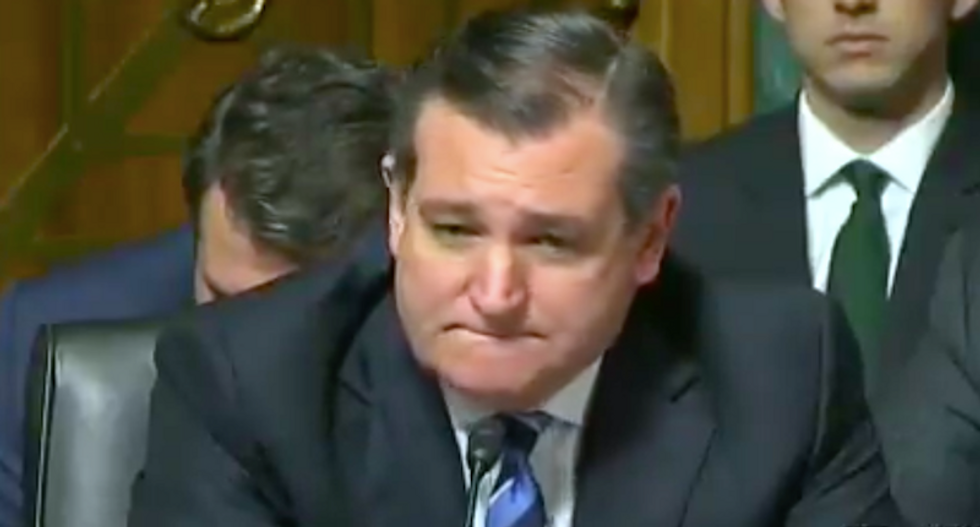 An entire panel of reporters and pundits erupted in laughter on MSNBC Thursday as they mocked hapless Republicans scrambling to keep the government open after President Donald Trump announced he had no intention of signing a short term continuing resolution without $5 billion for his border wall.

"They are throwing up their hands," said reporter Kasie Hunt, saying the continuing resolution had been "on a glide path" until Trump blew everything up. "A lot of these rank and file Republicans who normally leadership can count onto vote with them, they wanted to know if the president was going to sign it if they voted it." Hunt added that one member of Congress told her his job had devolved into "waiting around on Donald Trump to tweet."

"The Senate is basically gone," Hunt continued. "Ted Cruz walked by reporters and said 'I think we need to follow through on that border wall promise' and Bob Corker started laughing."

""The question is, 'why are you laughing', Corker says 'well, why not? Y'all have fun. I might not see y'all for a while,'" Tur read from the transcript, which revealed Corker had no intention of coming back from Tennessee for more votes, and that he had given up entirely on leadership from the White House.

"I mean it does sound kind of like a screen play out of "West Wing" or something, which brings us to our broader question," Tur said through chuckles. "Who exactly is in charge? Is it the president? Is it Congress? Is it right wing media?"

"He is realizing this is the last train leaving the station on his key campaign promise," Przybyla continued, recalling that Trump was "red-faced angry" when he signed the previous omnibus bill. "It's possible that it is just dawning on this president this is his last chance."