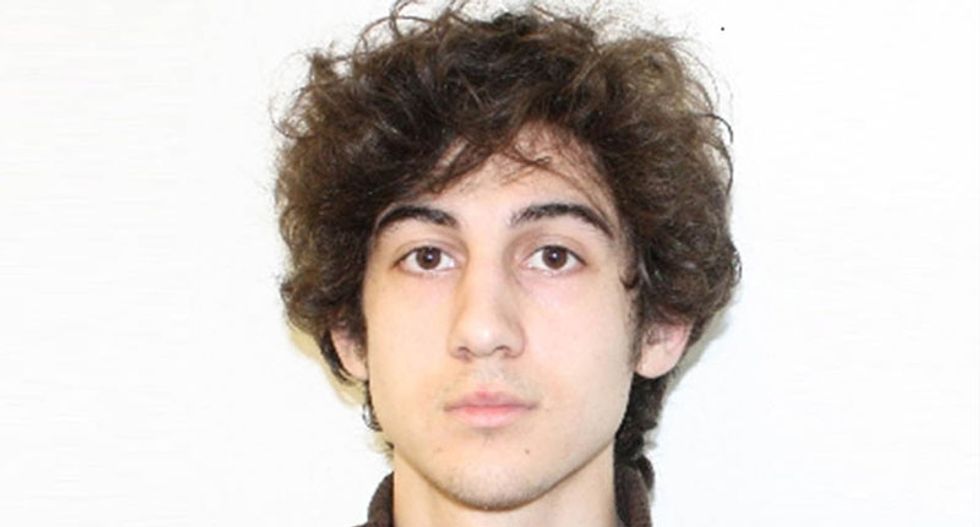 Lawyers for Boston Marathon bomber Dzhokhar Tsarnaev on Thursday asked an appellate court to overturn his conviction and death penalty sentence for helping carry out the 2013 attack, which killed three people and wounded more than 260 others.

Lawyers for Tsarnaev, 25, argued in a brief filed with the 1st U.S. Circuit Court of Appeals in Boston that a lower-court judge’s refusal to move the case to another city not traumatized by the bombings deprived him of a fair trial.

Lawyers for Tsarnaev acknowledged that their client along with his older brother, Tamerlan Tsarnaev, carried out the attack. But they argued that wall-to-wall media coverage of the bombings meant that nearly the entire jury pool was exposed to news about the attacks, which included “heart-wrenching stories about the homicide victims, the wounded and their families.”

“The pre-trial publicity was damning: the more a prospective juror had seen, the more likely she was to believe that Tsarnaev was guilty and deserved the death penalty,” Tsarnaev’s lawyers wrote in a 500-page brief.

The appeal came after a federal jury in 2015 found Tsarnaev guilty of placing a pair of homemade pressure-cooker bombs near the finish line of the world-renowned race on April 15, 2013, as well as fatally shooting a policeman three days later.

The same jury later found that Tsarnaev deserved execution for six of the 17 capital charges of which he was found guilty, which were related to the bomb he personally placed at the marathon’s finish line.

That bomb killed 8-year-old Martin Richard, the youngest fatality, and 23-year-old Chinese exchange student Lingzi Lu. The bombing was one of the highest-profile attacks on U.S. soil since Sept. 11, 2001.

Tsarnaev’s attorneys admitted his involvement in the attack from the start of his trial, but argued that Tsarnaev, then 19, was a junior partner in a scheme hatched and run by his older brother.

The brother, Tamerlan, who was 26 at the time, died after a gunfight with police four days after the bombing, which ended when Dzhokhar Tsarnaev ran him over with a stolen car.

Reporting by Nate Raymond in Boston; Editing by Leslie Adler