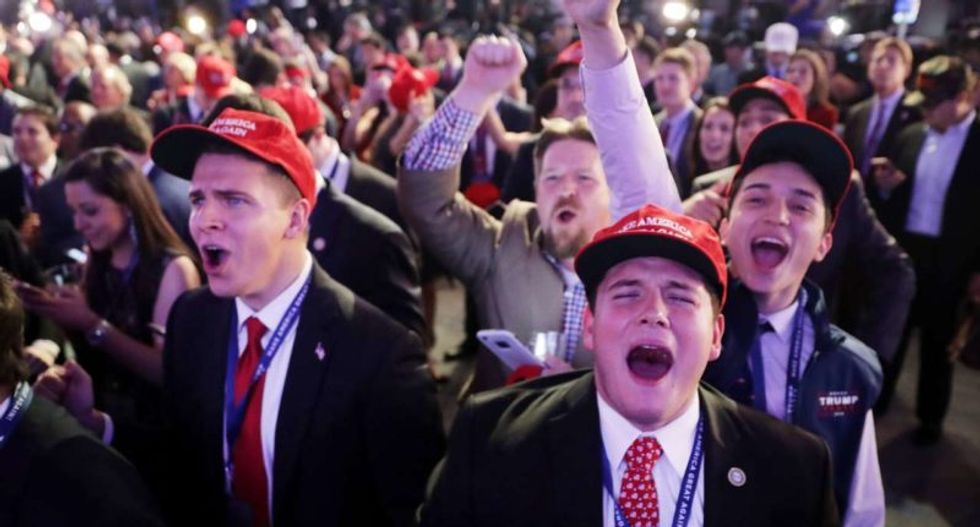 Many of us might wonder how anyone could not see right through Trump’s desperate attempts to create widespread panic over the migrant caravan full of asylum seekers that is approaching the southern border. He not only called it a caravan full of criminals; he tried to bump the fear up a notch by making the completely baseless claim that Muslim terrorists were among the migrants.  And now Trump is supporting the use of tear gas on the migrants, who have children among them.

To those not easily manipulated by the powerful force of fear, the statement seemed utterly ridiculous, especially once it was understood to be based on no evidence whatsoever, and merely wild speculation. One would guess that by putting forth such an obvious falsehood, Trump would be diminishing the impact of all his fear mongering by establishing himself as “the boy who cried wolf.” But this assumption, as logical as it is, turns out to be dead wrong. Trump’s supporters appear to be falling for the same old scare tactics, hook, line, and sinker, leading any sane person to wonder, why can’t they see right through him? The field of neuroscience has an answer to that: reflexive brain responses often override logic and reason.

When Trump tries to stoke fears about the migrant caravan, conservative brains light up like a light bulb. It doesn’t matter if the statement is not supported by facts, or even if it is utterly far-fetched. The emotional response is automatic, and a result of the primitive brain regions that still exist in all of us. But we are not all equal in how strongly our brain responds to fearful messages due to functional and structural neuroanatomical differences.

A 2008 study published in the prestigious journal Science, which monitored brain activity with EEG, showed that conservatives have a stronger physiological response to startling noises and graphic images compared to liberals. Specifically, those who responded more strongly to threatening pictures were more likely to favor defense spending, capital punishment, and patriotism, compared to those who supported liberal immigration policies, gun control, foreign aid, and pacifism.

A brain-imaging study published in the journal Current Biology in 2011 may explain this exaggerated neural response in conservatives, as it revealed that the primary brain region for fear processing is significantly larger on average for those who lean to the right politically. Past studies have showed that the size of the amygdala is correlated with subjective reports of feeling fearful, meaning that those with a larger amygdala will be more affected by scary messages.

A 2014 fMRI study, also published in Current Biology, found that it is actually possible to reliably predict whether a person is a liberal or conservative just by observing their brain activity while being showed threatening or disgusting images, such as mutilated bodies. Specifically, the brains of self-identified conservatives were more active overall in response to the frightening scenes.

It is important to emphasize that it doesn’t necessarily matter whether the fearful message holds up to scrutiny. The amygdala response is a highly automatic one. Trump need not make a cohesive argument—he only needs to press the brain’s buttons with anxiety-provoking emotional content.

This is not to say that liberals’ brains don’t respond to fear mongering. All brains do, and Donald Trump’s rhetoric and the actions of his extreme supporters have most Democrats fearful over where America seems to be headed. But the findings from neuroscience are clear. Right-wing brains respond more strongly to threat and scare tactics. For this reason, Trump’s baseless claims about the danger of the migrant caravan are more effective than they logically should be, and this will likely play a factor in the upcoming midterm elections.

Bobby Azarian is a neuroscientist affiliated with George Mason University and a freelance journalist. His research has been published in journals such as Cognition & Emotion and Human Brain Mapping, and he has written for The New York Times, The Atlantic, Psychology Today, and Scientific American. Follow him on Twitter @BobbyAzarian.