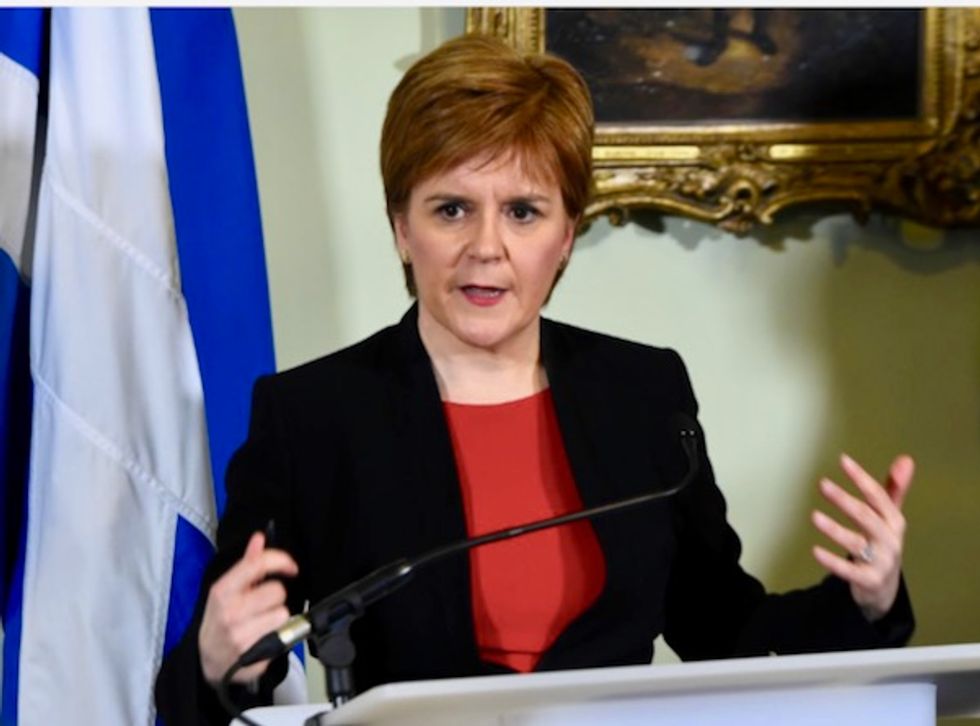 Scotland’s First Minister Nicola Sturgeon accused the British government on Monday of “pathetic cowardice” by postponing a key vote on Brexit in the UK parliament.

“This is a watershed moment and an act of pathetic cowardice by a Tory (Conservative) government which has run out of road and is now collapsing into utter chaos,” she said in a statement.

“The Prime Minister’s deal should come before the (UK parliament) immediately so that it can be voted down and we can replace Tory (Conservative) chaos with a solution that will protect jobs, living standards and Scotland’s place in Europe.”