BUSTED: Trump's VA Secretary praised Confederate Jefferson Davis as an 'exceptional man' and 'martyr to The Lost Cause' 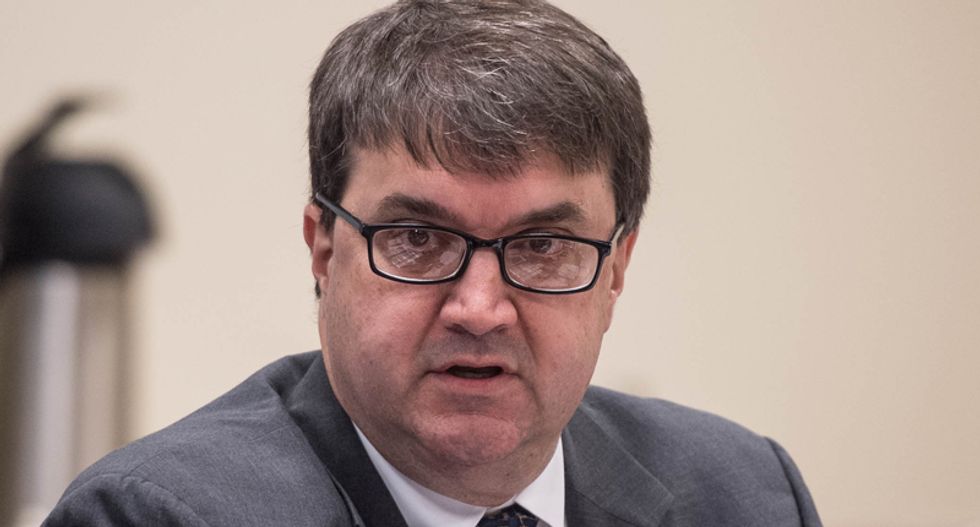 Secretary of Veterans Affairs Robert Wilkie celebrated Confederate President Jefferson Davis during a speech in front of a statue of Davis at the U.S. Capitol, CNN reports.

The 1995 speech was sponsored by the United Daughters of Confederacy, which the extremist trackers at the Southern Poverty Law Center label as a "neo-Confederate" group that shares "cross-membership with racist organizations such as the white supremacist League of the South."

"Today marks the 187th anniversary of the birth of Jefferson Davis; planter, soldier, statesman, President of the Confederate States of America, martyr to 'The Lost Cause,' and finally the gray-clad phoenix ---- an exceptional man in an exceptional age," a transcript of the speech reads.

"To view our history and the ferocity of the Confederate soldier solely through the lens of slavery and by the slovenly standards of the present is dishonest and a disservice to our ancestors. We can't surrender American history to an enforced political orthodoxy dictated to our children by attention-starved politicians, street corner demagogues, and tenured campus radicals," the transcript reads.

Wilkie linked Davis' fight to the political battle in Congress following Republicans capturing the House of Representatives in the 1994 midterm elections.

"Once again the halls of Congress reverberate with odes to rugged individualism, state sovereignty, and contempt for the centralized super-state," Wilkie said in closing. "These are bloodless battles Davis could never fight but, they are no less vital for the future of American civilization. As our cities decay and our standards and spiritual traditions deteriorate, America is searching for a better way. Walker Percy urged us to look South to recover community, stability, and sense of place in God's order which we have regrettably lost. That is a tall proposition but it is certainly one Jefferson Davis would understand and certainly one for which he would fight."

As recently as 2009, Wilkie gave a speech on Robert E. Lee to the Sons of Confederate Veterans, of which he was formerly a member.

Wilkie began his career as an aide to Sen. Jesse Helms (R-NC), who was known as "the last prominent unabashed white racist politician in this country."