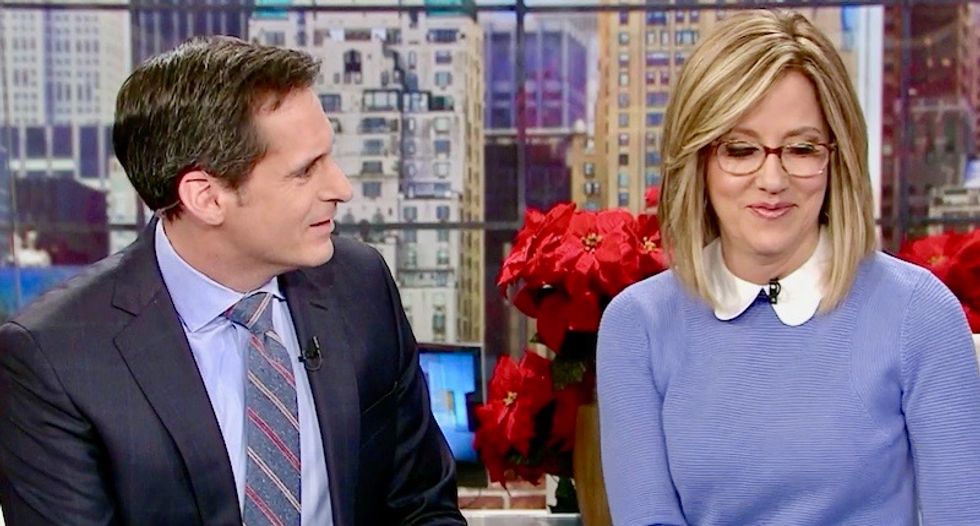 Late Monday night, the Washington Post published a letter signed by 44 former U.S. Senators warning that the chamber is at a critical juncture and must set aside partisanship to do what's right for the country if the special counsel's investigation shows collusion.

"We are at an inflection point in which the foundational principles of our democracy and our national security interests are at stake, and the rule of law and the ability of our institutions to function freely and independently must be upheld," the letter reads.

One of the people who signed it was retired Sen. Alan Simpson (R-WY) who went on CNN to discuss the letter on Tuesday morning.

Simpson was fuzzy on the details of the letter.

"Once I approved it, I didn't care what they did with it. I don't know that there is anything sinister in it. When you look at a body you loved, where you worked where you visited, laughed together and ate lunch together. They had a private dining room that was, you know, separated into Democrat and Republican. That's gone," he said. "They don't—nobody would go in and sit with anybody on the other side. You go over and talk. You know, we integrated. We talked to each other. That dining room, I was surprised a few years ago, it is just a storage room."

The interview with CNN's Alisyn Camerota went off the rails as Simpson refused to engage with comments made by former colleague Sen. Orrin Hatch (R-UT)

"The Democrats will do anything to hurt this president, anything. And what happened before he was elected president, you know, is one thing. But since he's been elected, the economy has done well. Our country is moving ahead. We're in better shape than we were before. I think we ought to judge him on that basis," Hatch said. "I don't care. All I can say is he's doing a good job as president."

"I don't want to get into that kind of stuff," Simpson said. "I can tell you one thing that would solve everything. Now, you want to hear this. Every U.S. Senator who goes to the Judiciary Committee should have a full FBI investigation from birth until they go on—that will take care of a lot of this crap."

"How would that take care of it?" Camerota asked.

"Because you don't go back into the life beyond. When I was on 18, I was on federal probation for shooting mailbox. Whatever happened to all these guys who are always whining and moaning they want a piece of everybody. Let it play out. I care deeply for Joe Biden. I loved them all, and I got along with them all and we made it work. If you want to pick old scabs, you better pick a new guy to go on the show," Simpson said.

"Which is the old scab?" Camerota asked.

"Now we have to watch a movie on Gary Hart. If that ain't picking an old scab, you tell me what it is. I worked with him. We worked on nuclear regulation matters. We were good. We were friends. Picking an old scab... Go back and pick an old scab," Simpson said."Why don't you leave people alone and go find some new work?"

"Well, I thought I was asking you about whether or not your Senate colleagues who were currently in the Senate should say things like they don't care about what revelations are coming out?" Camerota asked.

"That's none of my business. You call me to ask me questions about me. I can answer those," he said.

"I understand. But I thought that your letter was don't let party stand above principle," Camerota asked.

"Senator, we appreciate your perspective on all of this. Thank you," Camerota said.

Watch the bizarre interview below.